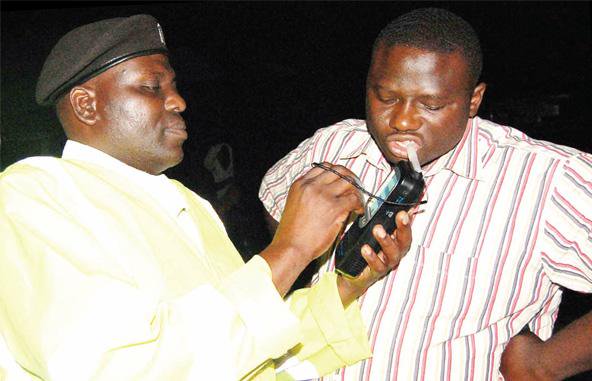 Over 120 million shillings has been collected by police from traffic offenders during the New Year celebrations between December 31, 2015 and January 1, 2016.

This followed massive operations carried out countrywide by the traffic police within a space of the two days.

Addressing journalists at police headquarters in Naguru today, the Police Director in charge of traffic and road safety, Dr Stephen Kasiima said many drivers had been rounded up during the nation-wide operations for failing to observe the traffic rules and regulations.

Dr Kasiima said some of the offences included driving vehicles in dangerous mechanical condition, non-possession of driving permits, drink driving and speeding, adding however, that not all the culprits were fined.

“We have recorded a few more serious cases that are to go to court, but the biggest number of the victims we have fined,” he said.

More revelations show that pedestrians were injured more as they were hit by speeding motorists between 9pm and midnight on December 31, 2015.

Speaking at the same conference police spokesman Fred Enanga, described the New Year celebrations as “one of the most peaceful of recent” with a few cases of violence recorded in the different places where people celebrated entering the New Year. He also said 477 venues countrywide were licensed by police to display fireworks.

Meanwhile, police has said that after a postmortem carried out on the 15 people whose bodies were found floating on beaches in Entebbe, indicates that they drowned. Police further states that blood samples from each body are going to be examined to determine whether they were influenced by alcohol or any other drugs.

The police explanation comes after various reports emerged on social media, with claims that the victims might have been killed and dumped in water.