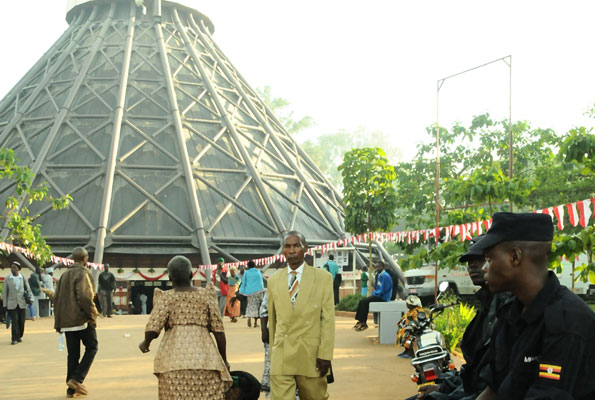 The Catholic Church in Uganda has come under fire from human rights activists all over the world. This condemnation comes after an investigation carried out by the BBC revealed that children as young as 10 years are forced to work for a miserable pay on a plantation land owned by the Catholic Church.

According to BBC, the Church leased land to a tea plantation in Kabale, and over 15 children and elders work along for a daily wage of Shs1000 to Shs2000.  The plantation is managed by Kigezi Highland Tea Limited, Catholic Church owns the land.

An official of the Catholic Church confirmed to the BBC investigations  team that  Kigezi Highland Tea Limited  has  been in business with the local diocese for two years and that the decision to harvest tea came ‘through the financial sustainability plan committee’ of the Church.

Kigezi Highland Tea Limited and the local bishop refused to comment on the investigation.

The children’s job entails collecting young tea plants piled at the bottom of a steep hill and transporting them to the location of the designed point of cultivation.  They are also responsible for weeding the rows of tea plants

The BBC investigation stem from a former child soldier, Alex Turyarintuga’s allegations who claimed that children were labouring on land owned by the church. The investigation by BBC come after Pope Francis visited Uganda in Novermber and during his visits in Kenya, Uganda and Central African Republic, the pope said the children were some of the greatest victims of Africa’s historical exploitation by other powers.

Pope Francis appealed for an end to child labour with a strong message in St Peter’s Square in Rome in 2014.

‘Tens of millions of children are forced to work in degrading conditions, exposed to forms of slavery and exploitation, as well as to abuse, ill-treatment and discrimination,’ said Pope Francis. Adding ‘I sincerely hope that the international community can offer social protection to minors to defeat this plague.’

The UN estimates that there are three million child workers in Uganda. According to the latest figures, 30 per cent of children aged between five and 14 are involved in child labour. In the African country, 14 is the legal age for work.