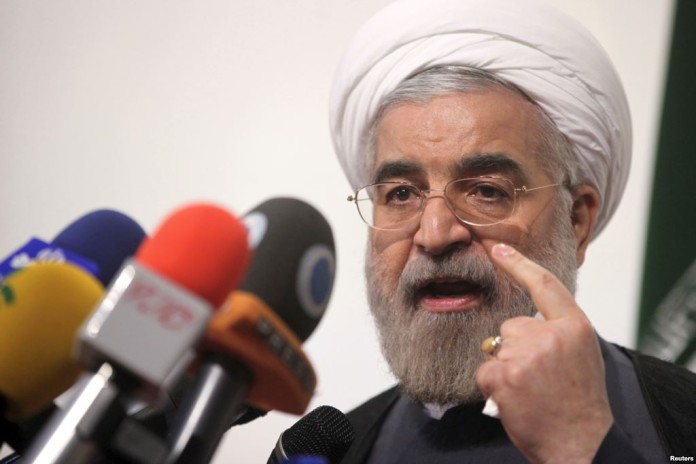 Kuwait has announced it is recalling its ambassador to Iran as a regional row over the execution of a Shia cleric in Saudi Arabia deepens.

Saudi Arabia’s embassy in Tehran was ransacked and set alight on Saturday, after it executed Shia Muslim cleric Sheikh Nimr al-Nimr and 46 others.

Saudi Arabia broke off diplomatic ties with Iran in response, followed on Monday by its allies Bahrain and Sudan.

The US, UN and Turkey are among those calling for calm in the region.

Sunni Muslim Saudi Arabia and Shia Iran are major rivals for power in the Middle East and back opposing sides in the conflicts in Syria and Yemen.

Saudi insists peace efforts should not be affected by the dispute but has criticised Iran’s contribution to the process.

Iran has reiterated its condemnation of Saudi Arabia, with President Hassan Rouhani saying it cannot “hide its crime of beheading a religious leader by severing political relations with Iran”.

Great rivalry explained: Why don’t Iran and Saudi Arabia get along?

Spiralling tensions: Why crisis is ‘most dangerous for decades’

The Kuwaiti government said it was recalling its ambassador from the Iranian capital, describing the attacks as a “flagrant breach of international norms”.

It did not expel Tehran’s ambassador or downgrade diplomatic ties.

Saudi Arabia’s unexpected decision to carry out the executions – following convictions over terror offences – prompted an expression of “deep dismay” from the UN secretary general, while the US accused Saudi of exacerbating tensions “at a time when they urgently need to be reduced”.

But since then, Saudi Arabia has gained support from some allies in its response to the attacks on its missions in Tehran and the Iranian city of Mashhad.

Saudi authorities on Sunday severed diplomatic relations with Iran. They said that all commercial and air traffic links were being cut and that Saudi citizens were banned from travelling to Iran.

As well as the moves by Bahrain, Sudan and Kuwait, the United Arab Emirates (UAE) has downgraded its diplomatic team in Iran.

And on Monday, the UN Security Council issued a strongly worded statement condemning the attack on the Saudi embassy – making no mention of the execution of the cleric.

However, several of the smaller Gulf Arab states have good working relationships with Iran, and two of them, Oman and Qatar, have yet to take any action at all, says the BBC’s Jim Muir in Beirut.

Protests against Saudi Arabia have erupted outside Iran, including in Shia-majority Bahrain, where nonetheless Sunni authorities moved to express solidarity with Saudi, clamping down on demonstrations.

Iran has responded angrily to the diplomatic moves, insisting it had no hand in the violent protests that followed the execution.

Earlier, in New York, Saudi UN ambassador Abdallah al-Mouallimi accused Iran of “interfering in the affairs of other countries, including our own”, and “taking provocative and negative positions”.

The UN’s special international envoy for peace in Syria, Staffan de Mistura, is holding talks in both countries and will be hoping the storm will blow over before a major peace conference on Syria is held towards the end of the month, our correspondent reports.