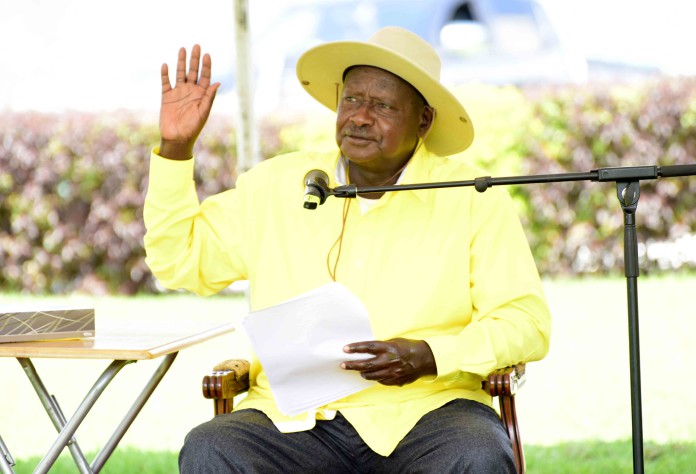 President Yoweri Museveni, who is also the ruling National Resistance Movement (NRM) candidate in the forthcoming February 18 elections took to Facebook earlier today, to inform Ugandans of what transpired during a press conference he held at Kabale State Lodge.

In his address, the President put emphasis on unity saying it was the gospel that he has been preaching ever since coming to power in 1986. He noted that through unity he had managed to create a party, the NRM which later took power and preached peace.

“Unity produced strength, which provided peace. But now some people are saying they are tired of peace. These are jokers. Development is a result of peace, and now we are tackling wealth creation,” part of the post states.

However, the FB post elicited mixed reactions from a few respondents, and Eagle Online managed to extract a few them, verbatim.

Make sure u doesn’t steal the votes; we want free and fair elections.” Anthony Machoka said,”while Ashirafu Owakabii said: “Thank you so much our beloved president, we love you so much, may the almighty God bless you in everything you put your hands on.”

Another commentator Ben Mugisha said: “You are right His Excellency, there is no country/community that can thrive without unity,” while John Twesigye said, “Songa mbere mzei, great work done.”

For Richard Muweleza Bazanyanengo it was: “Who do you think you are?”, while ‘Shuley Sharp’ says, ‘Which unity are you preaching? No sensible Ugandan will take you serious, your words are opposite of your actions.”