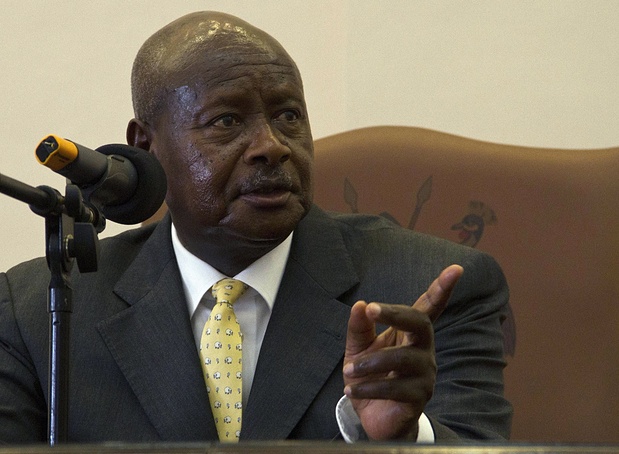 President Yoweri Museveni, who is also the National Resistance Movement (NRM) presidential candidate for the 2016 elections, has said that the head of private security Christopher Aine is being hidden by unknown people.

‘That boy is being hidden by some people. He will pay because they caught him on camera hitting people with a club. I don’t want to say it is Mbabazi who is hiding him. I don’t know whether it is also a case for a VIP/leader to standby doing nothing while someone is being clobbered,’ Museveni said at a rally in Ntungamo, while winding up his campaigns in the area.

Ntungamo was the scene of ugly clashes between supporters of the NRM and Go Forward on December 12, after which Aine’s name featured prominently as one of the perpetrators of the violence.

Aine has since gone missing, prompting the Inspector General of Police General Kale Kayihura to announce a reward of Shs20 million for any one offering information leading to his arrest.

Also, since Aine’s ‘disappearance’ there have been several conspiracy theories by various persons including his family, the police and the general public, with arguments as to whether he is dead or alive springing up occasionally.