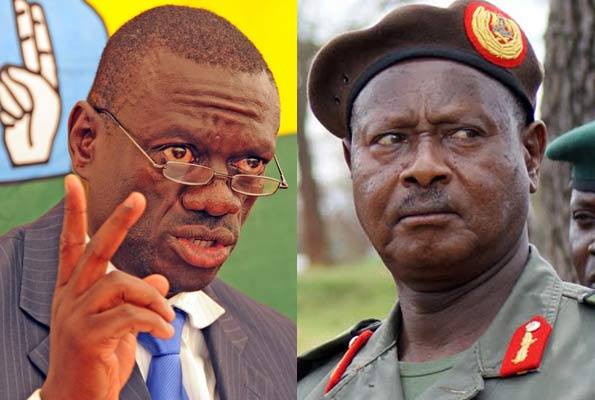 FDC flag bearer Kizza Besigye says he will not participate in a ‘one sided’ debate following President Museveni’s decision to shun the January 15 presidential debate. Museveni’s camp announced Saturday he would not ‘waste time’ attending the debate but instead, he will go ahead with his campaign schedule.

“It is nothing but madness of me to take a day or two off my tight schedule to meet my colleagues in the opposition for a debate,” Besigye noted.

The debate, that is organised by the Inter-Religious Council is meant for participants to expound on topics of good governance, rule of law and social welfare, foreign policy among others.

Former Principle Judge James Ogoola who heads the presidential debate’s organising committee said that no representatives will be allowed.

“We had a meeting with representatives of all the candidates, including those of Museveni and they said that all candidates are ready, willing, eager and able to take part in the debate. If any of them doesn’t turn up, then it will be the people of Uganda to decide if they can put such a candidate in power,” Sheikh Shaban Mubajje, the Mufti of Uganda, said during a press conference last week.