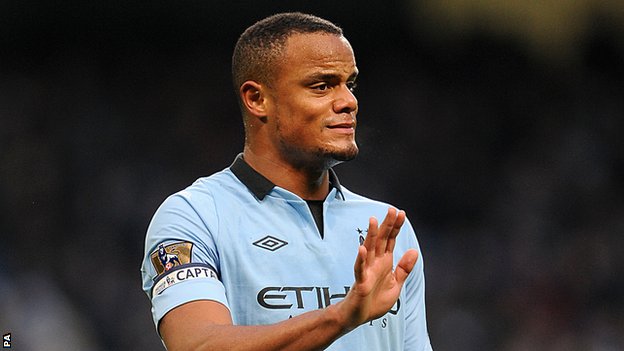 A plane carrying Manchester City captain Vincent Kompany has skidded off the runway at a UK airport.

Kompany was one of five people aboard the Citation CJ2 charter plane when it left the runway during take-off at Norwich International Airport.

The plane came to a stop on the grass and an airport spokesman confirmed there were no injuries to Kompany or any of the other four people on board.

The airport was closed immediately to fixed-wing traffic until the plane was removed. It reopened at 9.58pm, the spokesman added.

The cause of the incident, which happened just after 6pm on Saturday, is not known but the Air Accident Investigation Branch is investigating.

Kompany, 29, is currently sidelined from football with a calf injury.