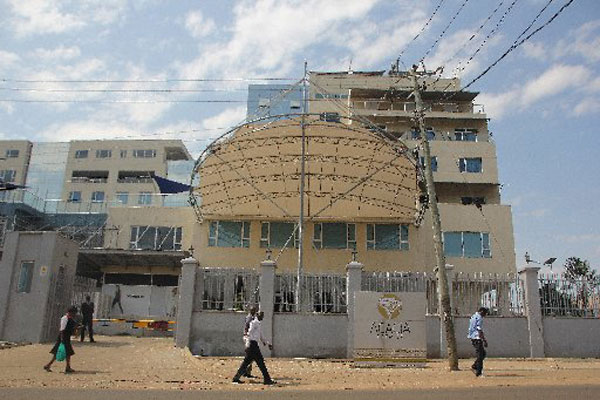 A Korean national on Monday night allegedly killed a Ugandan at their room which they booked at Kisumu’s Acacia Hotel.

Police said the reasons behind the fight that caused the death of the Ugandan could not be immediately established.

Preliminary reports had indicated that the two engaged in a gun drama but the police dismissed the claim saying the body of the deceased did not have gunshot wounds.

County Administration Police Commander Mr Joseph Chepkeitany said the situation only involved the two and was not in any way threatening to the security of the city.

Kisumu residents panicked following the commotion as rumour had it that the shooting incident was terror related.

“Police are already dealing with the situation. There is no cause for alarm, ” Mr Chepkeitany said.

He said that the issue was between the two guests who had been booked at the hotel.

The hotel management denied claims that the shooting occurred at the 4 star facility saying the guest only collapsed after their fight.

“It is true there was an incident but there were no weapons on the suspect who is believed to have engaged his roommate in a fight,” Mr Dancun Mwangi, the hotel manager said.