President Yoweri Kaguta Museveni who is also the National Resistance Movement (NRM) Presidential flag bearer for the 2016 elections has urged the party flag bearers to be tolerant of each other and stop the in-fighting in the party.

“I heard that the Rubindi NRM flag bearers were fighting each other, but you should fight your battles wisely. Do not fight to harm one’s family or even society,” he said.

He noted that despite their differences, the NRM leaders in Rubindi have shown maturity and have been tolerant with each other.

“The Banyankole have a saying that while fighting siblings warn each other not to fall in a pit. Do not fight to destroy the party. When you become tolerant, you save many things from being destroyed and benefit more,” he said. 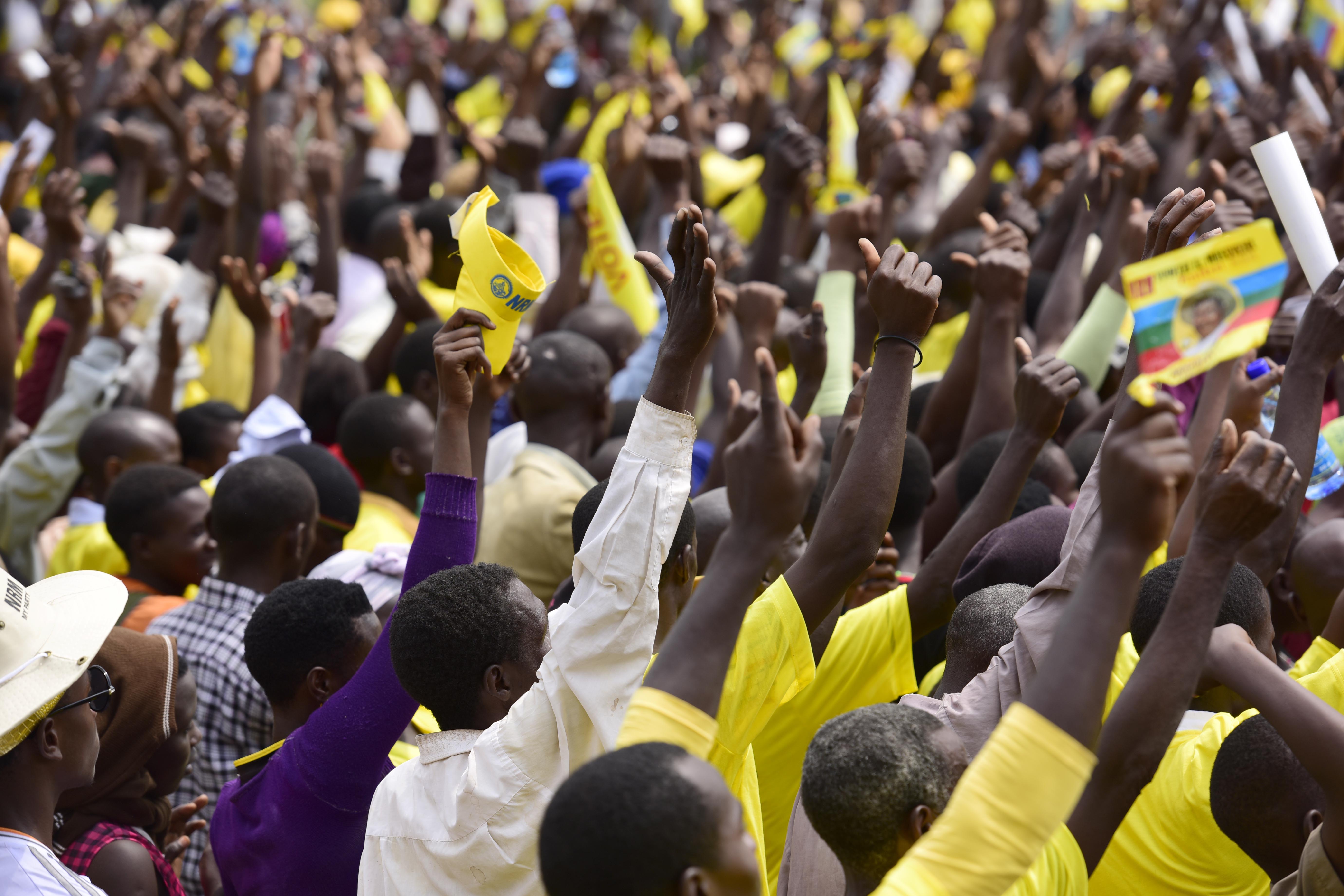 Museveni called for unity saying that although he started the NRM the party, it has been made strong by the party members and therefore they should be tolerant of each other or else destroy the party.

He pledged to upgrade and renovate Rubindi hospital and Rubindi Boys School. “I can see in Rubindi you have schools but the school where this rally is held needs to be renovated. Kyenshama also needs electricity,” he said. He also promised to tarmac the Ntuura – Nyamunyobwa road.

On wealth creation, President Museveni said that government decided to start the wealth creation funds after seeing that people were not doing enough to fight household poverty.

“You should not confuse development with wealth. Development is for everyone but wealth is personal. It is the role of government to bring development but it is your role to get wealth through fighting poverty,” he said.

He said that government will prioritize the wealth creation funds as they did for the development funds, saying they are going to put 1000 billion shillings in NAADs, 234 billion in the Youth and Women funds and 180 billion in the Microfinance fund.

After the rally, excited supporters presented Museveni with various gifts thanking him for his great leadership of the country.