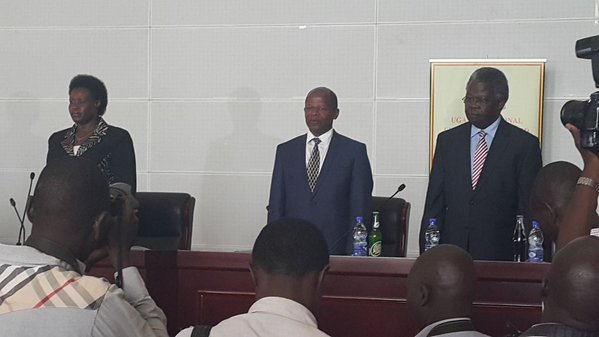 All primary schools in the country are to have a pre-school class, the education minister Major Jessica Alupo has said.

Maj Alupo, who made the disclosure earlier today while presiding over the release of the 2015 Primary Leaving Examinations (PLE), said that government is to review the early childhood development policy.

She said that the number of candidates had increased but decried the high dropout rate, noting that 19,614 pupils who registered for the  national primary exams did not sit.

The Minister reiterated her appeal to parents to send their children to school, and noted that early marriages and pregnancies were responsible for the high dropout rate of girl child.

She also revealed that a special budget of Shs 3.18 billion had been introduced for special needs education, and that other priorities to be considered include the welfare of teachers.

According to the minister, her ministry had received disturbing reports that UPE students are asked to pay money, something she said, undermines government’s efforts to improve education in the country.

Seventy seven percent of the candidates were beneficiaries of the Universal Primary Education (UPE).

The minister said Fort Portal, Kabale, Mukono and Entebbe are some of the areas with lowest failure rate, and she urged the Uganda National Examinations Board (UNEB) to ensure reduced exam malpractice.

According to UNEB Secretary General Mathew Bukenya, results for 909 pupils were withheld.