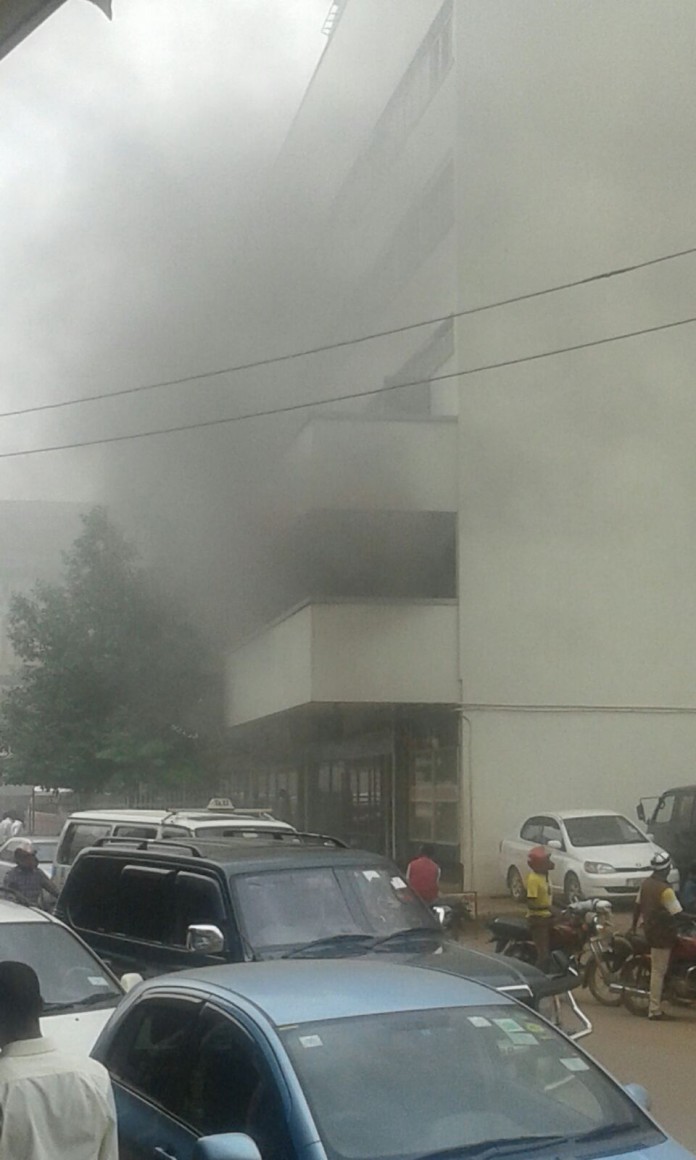 A raging fire has broken out at Uganda House, trapping many people in the 11-floor building.

The fire, reportedly caused by a transformer short circuit at the the building that houses the headquarters of the Uganda Peoples Congress (UPC) on Kampala Road, broke out at around 3pm but the cause is yet to be ascertained.

A source at the scene said no one died or was injured by the fire, but hastened to add that several people were still stranded in the lifts.