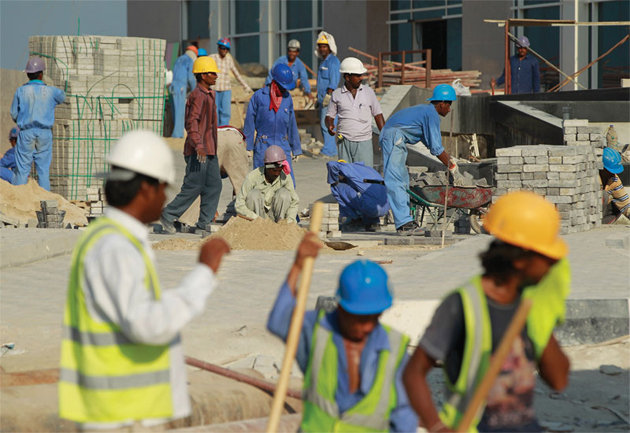 Bosses should pay an annual charge of £1,000 for every skilled worker brought in from outside Europe, migration advisers have told the government.

It also suggested raising the minimum salary threshold for skilled workers coming to the UK by £9,200, to £30,000.

Ministers are concerned about the rising number of ‘Tier 2’ migrants.

There are also concerned about companies’ reliance on them to fill shortages in the labour market.

As such, the government asked the Migration Advisory Committee – the independent public body which advises it on migration issues – to investigate possible changes to Tier 2 visa requirements.

Currently, those wanting to work in the UK must be offered a starting salary of £20,800. There are some higher thresholds specific to individual roles.

likely to be among those affected if the salary threshold rises to £30,000

The committee ‘strongly’ supports the introduction of the so-called Immigration Skills Charge to incentivise employers to reduce their reliance on migrant workers and encourage them to invest in training British workers.

The committee also recommends tightening the rules on intra-company transfers – overseas staff working for the same company in the UK – which have risen ‘very rapidly’ in recent years.

Professor Sir David Metcalf, committee chairman, said: “Skilled migrant workers make important contributions to boosting productivity and public finances, but this should be balanced against their potential impact on the welfare of existing UK residents.

“Raising the cost of employing skilled migrants via higher pay thresholds, and the introduction of an immigration skills charge, should lead to greater investment in UK employees and reduce the use of migrant labour.”

Businesses should be ‘content’ that £30,000 was a reasonable figure and the £1,000 charge would be put back into good UK firms, such as Rolls Royce, he said.

Neil Carberry, of the business lobby group, CBI, said businesses agreed that training British-based people to do jobs where there were shortages was the long-term solution.

“But the question’s more complex than that,” he said adding:”we live in a global economy, we have short-term skills shortages, but we also have multi-national companies who frankly can base work in different countries and we want it to be attractive for these big companies to come and invest in the UK and create jobs here.”

The immigration skills charge is separate to the apprenticeship levy, due to be enforced in April 2017, which is payable by all medium and large companies.

In a related development, if an UK immigration law drafted in 2012 is followed through, non-EU workers living there and earning less than £35 000 a year may face deportation in less than 3 months.

The rules are still scheduled to be enforced come April 2016, and will require non-EU workers to be earning above £35 000 a year if they have been in the UK for 5 years or more, to qualify for staying on.

If not, they will be deported.

This immigration rule has been met with some resistance and the Home Secretary has been called upon to re-think the new rules which have been labelled as discriminatory.

This especially since the average UK income is £26 500 per annum.

In a bid to halt deportation due to the law, an UK Parliament petition has been set up. Only British citizens are allowed to sign the petition.