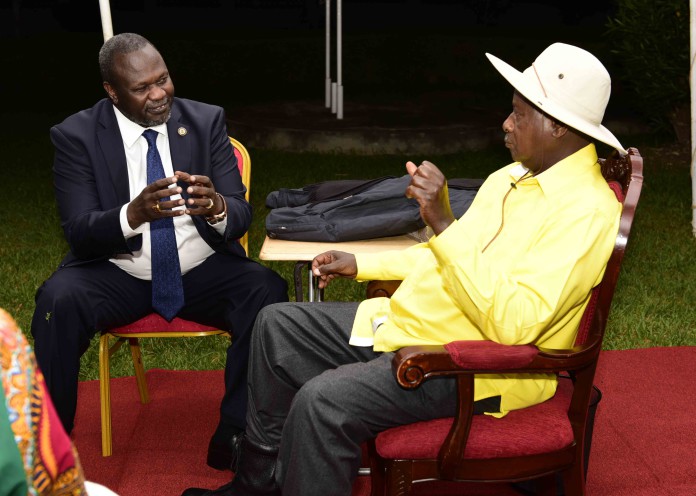 “I want to start a new chapter of peace and friendship,” Machar told Mr Museveni, who responded that he was available to support any peace initiatives to stabilize South Sudan.

The meeting took place at the Masindi State Lodge.

The President is camped in Masindi and Hoima where he is campaigning as NRM Presidential flag bearer in the up coming national elections next month. 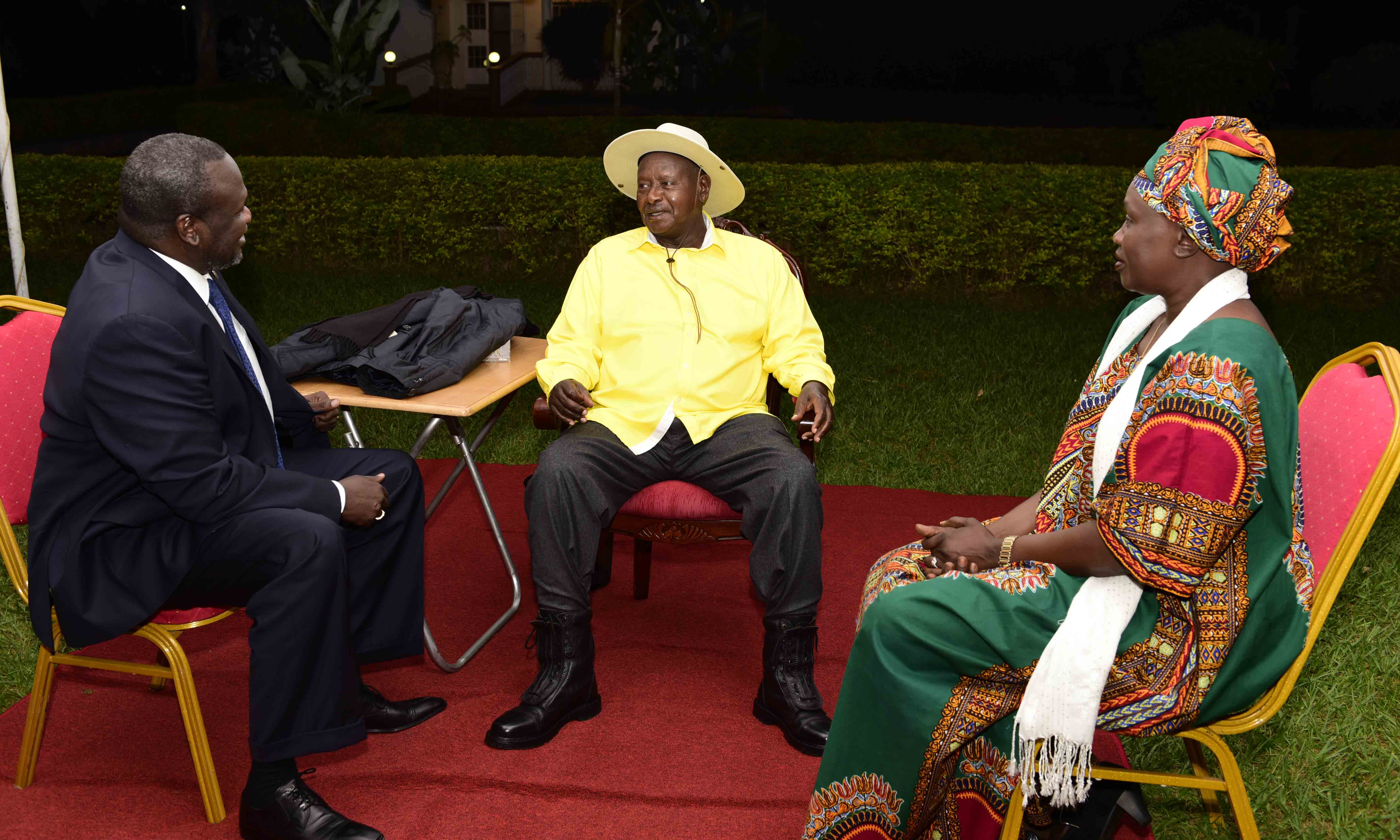 Dr Machar, who arrived in the country with his 15 member delegation that included Ms Angelina Teny, the Chairperson of SPLM national committee for Security and Defense, Ambassador Ezekeil Lol Gatkuoth, the SPLM chairperson for the national committee on foreign affairs and Dr Peter Odwok, the SPLM national chairperson for the committee for training and research among others, briefed his host on the progress and steps so far taken to fully implement the negotiated peace process in South Sudan. 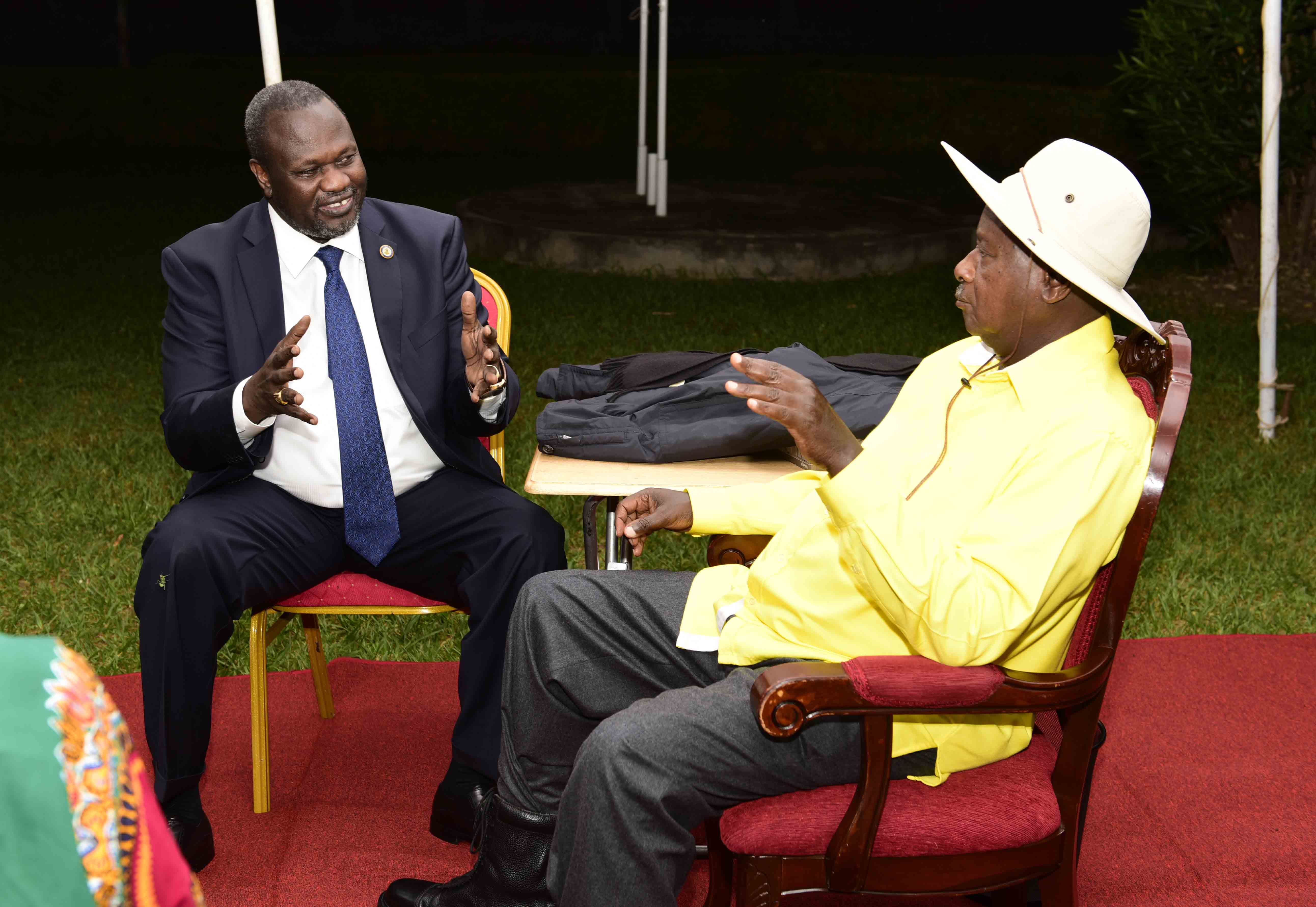 President Museveni and his guest also discussed a number of issues pertaining to the political, economic, security and humanitarian situation in South Sudan as well as the role and mandate of the Inter-Governmental Authority on Development (Igad) in bringing about lasting peace in South Sudan.

President Museveni commended the progress so far made in bringing about peace and stability in South Sudan and the positive response of the two sides.

Dr Machar’s visit comes in the wake of a faltering peace deal agreed upon in in Addis Ababa in August last year, that would pave the way for a unity government with Machar as Vice President and his political organization, the Sudan Peoples Liberation Movement in Opposition (SPLM-IO), getting 10 ministerial posts.