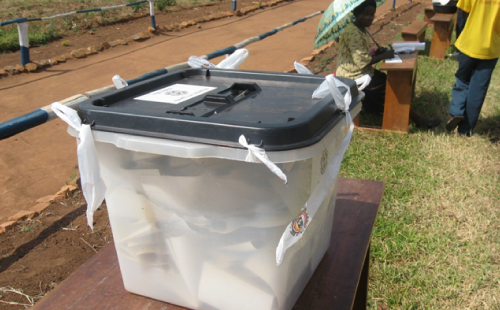 The first batch of ballot papers, those for the 2016 Presidential and Parliamentary elections will arrive at Entebbe International Airporttomorrow, the Independent Electoral Commission (IEC) has said.

According to a release by the IEC, the ballot papers in the first batch were printed in South Africa, and the electoral body made arrangements for the parties and contestants’ representatives to acquaint themselves with the process.

‘In accordance with our policy of conducting electoral matters in a transparent manner, the Electoral Commission invited representatives of political parties/candidates to go and observe the exercise of printing of the ballot papers in the four countries mentioned above,’ the release signed by IEC Chairman Eng Badru Kiggundu states in part.

According to the IEC, it will ‘notify and invite stakeholders, including the media, to witness the receiving of ballot papers at the airport and the other handling stages, namely, packing and dispatch to districts’.

In a related development, the IEC has been conducting interviews for the positions of presiding officers and polling assistants, and says shortlisted applicants will have their names displayed at every sub county for public scrutiny.

‘A total of 140,050 personnel will be recruited in this exercise to conduct the elections at the 28,010 polling stations for the various elective positions during the 2016 General Elections,’ the IEC release adds.

Uganda goes to the polls on February 18, beginning with the presidential and parliamentary elections, after which other lower rung local council elections will ensue up to March 10.