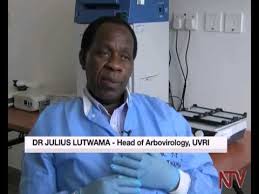 The Ministry of Health has declared the country free from the Zika virus that is ravaging many parts of South America amid reports that the virus originated from Uganda.

According to the ministry, recent surveillance reports across the country indicate that there is no threat of the virus, and that the current virus spreading in South America is a different species from the one once recorded in Uganda.

During an interview with the British Broadcasting Corporation (BBC), Dr Julius Lutwama, a leading virologist at the Uganda Virus Research Institute (UVRI) differentiated between the mosquitoes that transmit the virus in South America and the ones in Uganda.

“The Aedes we have, Aedes aegypti formosus, normally does not bite humans. And then we have other [mosquitoes] which live in the forests and prefer to bite at dusk and dawn,” Dr Lutwama said.

He noted that this is in contrast to South America, where a different sub species, the Aedes aegypti aegypti, is spreading the Zika virus.

The Zika virus is reported to have been discovered accidentally in Uganda in 1947 by Ugandan, American and European scientists in Zika forest located between capital, Kampala and Entebbe.

Only two cases of the virus in Uganda have been recorded since then.