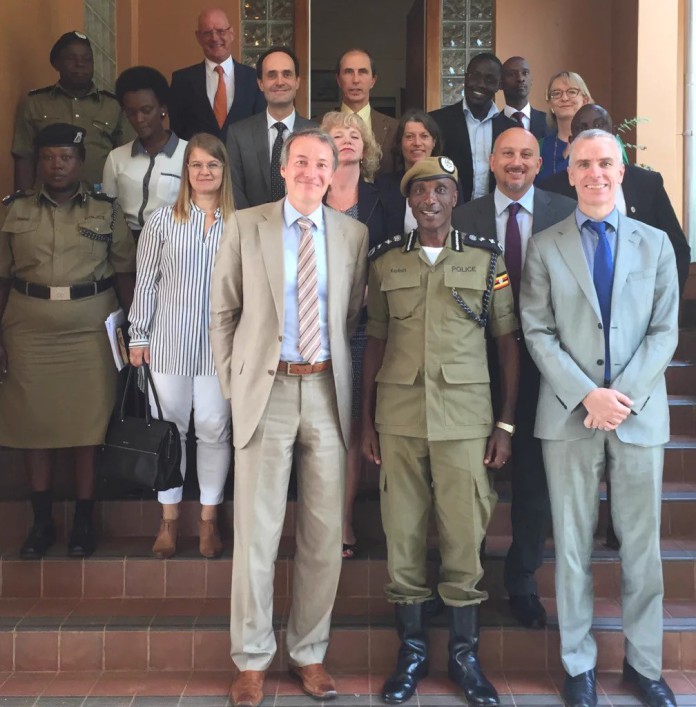 The Inspector General of Police has today met European Union ambassadors to clarify and address concerns raised in the last few weeks by some international observers.

Last week EU Ambassador Kristian Shmidt asked Gen Kale Kayihura to clarify on allegations that the police would not accept any handover of power to the opposition.

But according to a police statement signed today by police spokesperson Fred Enanga, the IGP denied the inflammatory phrase attributed to him by some media houses and assured the ambassadors of the absolute impartiality of police of the Uganda Police Force in the upcoming elections.

“We shall guarantee peaceful, secure ,free and fair elections,” the IGP said adding: ‘’All parties should be rest assured that Uganda Police Force is committed to act  in a non-partisan way in order to ensure equal  rights of all candidates and especially, of the people of Uganda.” 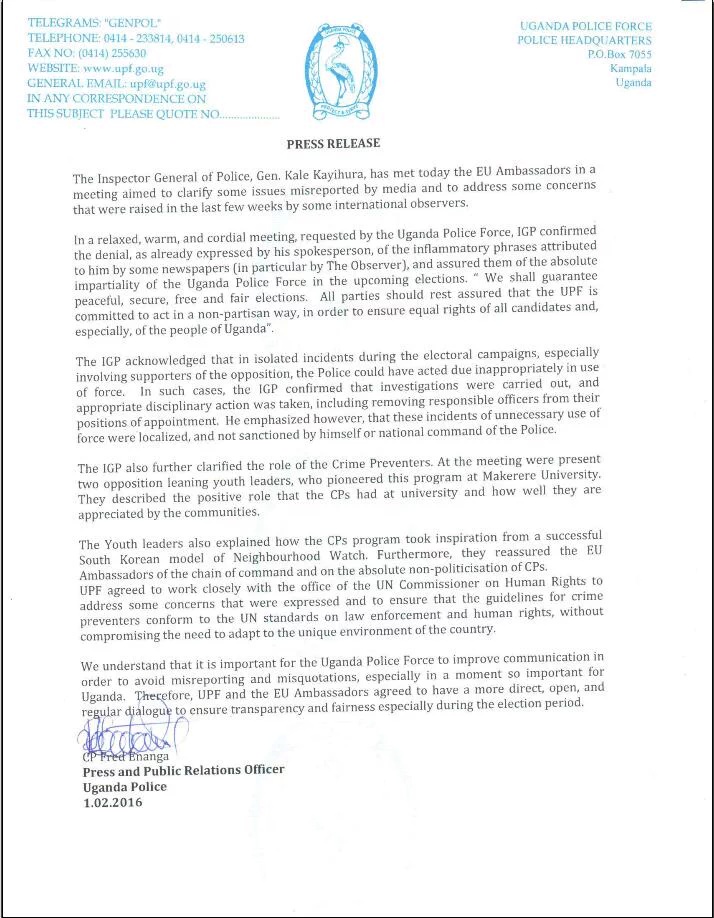 The IGP acknowledged that in isolated incidents during the electoral campaigns, especially involving supporters of the opposition, the police could have acted inappropriately in the use of force. In such areas, the police boss confirmed that investigations were carried out and appropriate disciplinary action was taken including removing responsible officers from their positions of appointment. He emphasized, however, that unnecessary use of force was localized and not sanctioned by him or the police high command.

Last week, while passing out crime preventers in Kapchorwa district in Eastern Uganda, Kayihura was quoted to have promised to arm them with guns and also that the government will not hand over power to the opposition. But police denied the assertions, saying that the IGP had been misquoted by the media.

The IGP, who went with two opposition-leaning youth leaders for the meeting, said they had pioneered the crime prevention programme while students at Makerere University, at that the two had acknowledged that the communities appreciated the role of crime preventers.

However, there are some voices of dissent, with Kyambogo University students raising concern last year in October, with claims that the stick-wielding men under the crime preventers unit attacked and beat them during a university protest against  poor hygiene, inadequate seats, and delays in releasing results, and delayed remuneration of faculty and internship allowances.