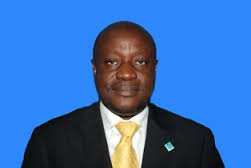 The ruling National Resistance Movement (NRM) has urged the Ministry of Internal Affairs to speed up the issuance of National Identity cards, in order for all voters to participate in the elections.

Addressing the press at the NRM headquarters at Plot 10 Kyadondo Road, Mike Sebalu, the head of the NRM media taskforce noted that many people  may miss out on voting because they lack IDs.

“National IDs should be made accessible to the people by at least re-distributing them to nearer centers, convenient for our people to pick them,” he said, adding that the IDs are now being given out at district level only,

Lately, there have been reports that many people have not yet received their national IDs yet elections are just 16 days  away.
Sebalu also cautioned the Electoral Commission on the new technology to be used in the elections saying that although the biometrics depict a more transparent process, it should be checked early for irregularities and be sorted out.

“We don’t want delays on the election day, the handlers and officers should be highly trained,” Mr Sebalu said adding: “Early testing and quality assurance of these biometrics can save us any eventualities in limitations associated with the new technology.”

The NRM Campaign Taskforce chairperson further cautioned politicians who use social media to tarnish their competitors and to incite the public into violence to stop doing it.

“We appeal to all political players and actors to maintain a peaceful electoral process,” stressed Sebalu.

In another development, the NRM Taskforce has revealed that they are well placed in these elections because they have unopposed candidates all over the country;  14 unopposed MPs and 16 LC5 candidates.

“That shows that we have different support from all regions of the country,” he noted.

Sebalu, who is also a East African Legislative Assembly (EALA) Member of Parliament, said the president will have to revisit major towns in all sub regions in the country before concluding his campaigns with a final rally at Kololo airstrip on February 16.