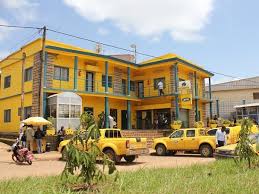 Travelstart, the South African-based Online Travel Agency (OTA) with offices throughout Africa and subsidiaries in the Middle East and Turkey, today announced a US$40 million funding from Amadeus Capital Partners, the global technology investor.  The new funding comes a strategic partnership with Africa’s largest mobile telecommunications provider MTN, which has a subscriber base of more than 230 million. The funding will be used for Travelstart’s expansion and to solidify the company’s position as the biggest OTA player on that continent.

Africa is considered the last frontier in online travel. In most developed countries Internet and mobile travel purchases now represent the lion’s share of the online travel market while in Africa web-based travel companies share less than 5% of the entire market.

“Travelstart celebrates 10 years in Africa this year,” says Travelstart CEO Stephan Ekbergh, “In that time our in-house team has built a robust platform to serve consumers and significantly lower fares for all travellers. We take all the complexities out of travel for both travellers and suppliers and solve real problems that only exist in the most diverse of markets.”

The investment is the largest of its kind on the African continent in Turkey and the Middle East, “Africa alone is a US$50 billion travel market growing between 3% and 5% annually. The investment from Amadeus Capital and the MTN partnership is a fantastic fit for our company as we share the same ideology and long term commitment,” said Ekbergh.

Amadeus Capital Partners’ Andrea Traversone will join Travelstart’s Board of Directors as part of this financing. “The market potential for Travelstart is huge and the company is already a tour de force in emerging markets. They are one of the most profitable e-commerce companies on the African continent and with this new round of funding Travelstart will be able to fast-track its already rapid growth. We’re excited to spearhead this round and to see the company’s continued growth and success,” said Traversone.