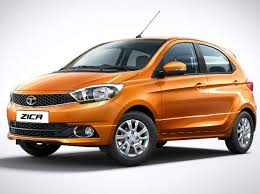 A car company has been forced to change the name of their brand new Zica vehicle after the global outbreak of the head shrinking virus of an almost similar name.

Tata Motors had branded the Zica the ‘next big thing’ but their timing couldn’t be any worse as the Zika virus became a public health emergency.

The company’s website still features the Zica model, with the hashtag ‘Fantastico’ and is set to be unveiled at the New Delhi auto show later today.

But Zica – a blend of ‘Zippy Car’ – will be renamed to make sure it isn’t confused with the virus that has led to a global health alert, particularly for pregnant women.

“While it carries the ‘Zica’ label for the duration of the event, the new name will be announced after a few weeks, ensuring all necessary consumer/ branding and regulatory aspects are addressed, and the launch will take place thereafter,” Tata Motors said in a statement.

The Zika virus was declared a public health emergency by the World Health Organisation yesterday after the disease spread from Latin America to Europe and the United States.

Pregnant women were warned to avoid travelling to South America and Florida as the mosquito that spreads the virus is prevalent in these areas.

Symptoms for adults are similar to mild fever but it has been linked to microcephaly, which causes brain damage and unusually small heads in newborn babies.

Yesterday it was confirmed that a patient in Dallas, Texas, contracted the virus through sexual contact rather than a mosquito bite.

The person infected had not travelled to affected areas but his girlfriend had recently returned from a trip to Venezuela.