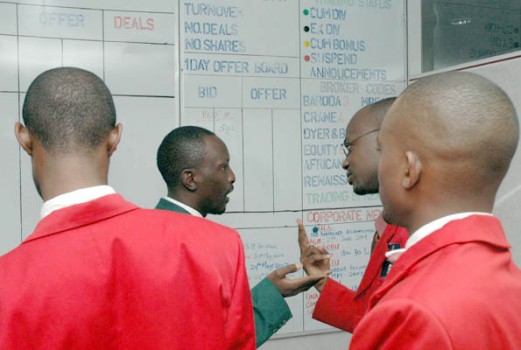 The Ugandan shilling edged up on Wednesday helped by expectations of hard currency inflows from offshore investors into local Treasury debt.

Traders say importers are delaying new shipments orders until after a general election on February 18, further offering support to the shilling through lower demand for dollars.

The Central Bank was scheduled to release results of a Treasury Bill auction, where a total of 175 billion shillings ($50.40 million) worth of debt of all tenors was on offer, later today.