It is not an easy task to arrest a General and that is why so many behind-the-scenes plans took place before the eventual arrest of the former Coordinator of Intelligence Services General David Sejusa on Sunday, January 31. 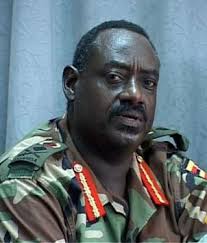 According to sources, speaking on condition of anonymity, the plan to arrest General David Sejusa started four months ago when President Yoweri Museveni called top army officers to discuss how to handle the controversial General, who returned from exile in London, only to involve himself in politics, something that is against the Army/UPDF Code of Conduct.

According to sources, Mr Museveni met Generals – Salim Saleh, Moses Ali, Katumba Wamala and Elly Tumwine in November and decided to postpone the arrest that was looming because Gen Sejusa had addressed Dr Kizza Besigye’s first campaign rally in Nakivubo after the latter was nominated on November 5, last year.

The postponement came after General Saleh reportedly told the meeting that the intelligence and security agencies should ‘first study and understand the strength of Sejusa before he is arrested’.

The same meeting was also supposed to agree on who would effect the arrest, and sources say President Museveni had first told Gen Tumwine to lead the arresting team but that Tumwine told the meeting he was not comfortable with the assignment.

However, sources said President Museveni insisted that Gen Sejusa cannot be left to continue participating in political activities yet he is still a serving officer; the President reportedly told the meeting that Gen Sejusa was setting a bad precedent by continuing to make political utterances in public.

Indeed, sources say it was after that that arrangements to arrest Gen Sejusa intensified, and the UPDF reportedly renovated and put in place all facilities befitting a four-star General in a room in Makindye Military Barracks, to pave the way for the eventual arrest.

However, according to the sources, as all the above was being done Gen Sejusa reportedly got to know about his impending arrest through his contacts but remained defiant.

It is also during the same period that, sources say, several attempts were made by Gen Tumwine and Gen Saleh to reach out to Gen Sejusa, and ask him why he had continued to be defiant.

Gen Sejusa, who applied to retire from the army but his application was turned down, reportedly told them that he would not keep quiet if the army does not let him go.

Sources say what infuriated Gen Sejusa was President Museveni telling him that he had approved his application to retire and it was waiting for the Chief of Defence Forces (CDF) Gen Katumba Wamala to sign the retirement certificate.

And, after waiting for months and there was no response from Gen Katumba, Gen Sejusa reportedly decided to resume ‘verbal attacks’ on government and President Museveni.

Sources say that in the ensuing period the assignment to arrest Gen Sejusa was given to the Deputy CDF Lt Gen Charles Angina, an officer of a lesser rank, to execute the order.

Lately, Gen Angina is reportedly very close to the Commander of the Special Forces Command (SFC), the sources say.

In a related development, sources say that in December last year, the Chieftaincy of Military Intelligence (CMI) and Police compiled a report, which indicated that Gen Sejusa and Dr Besigye were mobilizing militia groups to disrupt the February 18 elections.

Then again in January, during a UPDF High Command meeting in Entebbe, soldiers reportedly asked President Museveni why Gen Sejusa had been left to continue making political statements.  In response Museveni reportedly said the ‘issue of Sejusa’ should be left to him to handle.

Consequently, throughout December and January, sources said a team of spies was given the necessary resources to carry out 24-hour surveillance on the General.

Then on Sunday, January 31, the army swung into action, raided the General’s Naguru home and took him to Makindye military barracks, where he is currently being held after appearing in the Military Court Martial on Tuesday, February 2.

The Generals at the ‘operation arrest Sejusa’ meeting 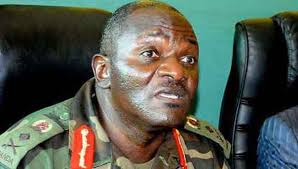 Gen Edward Katumba is the current Chief of Defence Forces (CDF), appointed to the post in 2013 to succeed the late General Aronda Nyakairima. Gen Wamala has served in the military for close to forty years, and has risen through the ranks to become a four-star General.

It is also said that it was then Lt Katumba, serving in the Uganda Naltional Liberation Army (UNLA) during the Obote II government, who aided the escape of then Platoon Commander, 2nd Lieutenant Salim Saleh to Luweero to join the then rebel movement, the Peoples Resistance Army (PRA) under Yoweri Museveni.

Therefore, by the time Katumba joined the NRA in 1986, he was already an insider; he had carried out a number of covert operations for the NRA, destabilising the UNLA from within.

In 1978 General Elly Tumwine Tuhirirwe left his teaching career to join the Front for National Salvation (FRONASA) forces led by Yoweri Museveni  to fight the Idi Amin regime. He trained as a Cadet Officer in Monduli in Tanzania and was commissioned 2nd Lieutenant on return to Uganda.

Then, following the 1980 elections that were allegedly rigged by Obote, Tumwine was to join the then rebels under the command of Museveni, and history has it that he fired the first-ever bullet on February 6, 1981 that announced the start of the PRA/NRA five-year struggle that culminated in the defeat of the Obote II regime on July 27, 1985 and subsequent ouster of General Tito Okello’s military regime on January 26, 1986.

Ealier, just like many of his colleagues, during the fighting between the NRA and the UNLA, Tumwine sustained facial injuries that led to loss of sight in one eye.

He was named 1984, Commander of the National Resistance Army (NRA), a post he held until 1987, when he was succeeded by General Salim Saleh.

General Tumwine enjoys close friendship with General David Sejusa and they both in early 1990s, installed the late Prince John Barigye as the Omugabe of Ankole  Kingdom, in defiance of a position taken by government on the issue of Obugabeship. Indeed, the function at Nkokonjeru was ordered to come to a halt on the orders of President Museveni but the ‘installation of the Omugabe’ brought the two officers in the limelight for defiance against their boss.

An officer known for his strictness against corruption, Gen Tumwine has served the army in various capacities including Chairman of the General Court Martial. 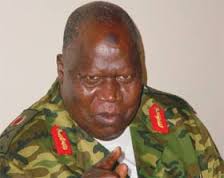 He has held several senior governmental positions, including Minister of Finance in the government of Iddi Amin. In the 1980s he led the Uganda National Rescue Front (UNRF) in an armed rebellion against the government of Milton Obote. In 2012 Gen Ali was promoted from Lieutenant General to become a four-star general, joining the exclusive club of Museveni, Salim Saleh, Aronda Nyakairma (RIP) Elly Tumwine, Abubaker Jeje Odong and General David Sejusa. Before that, in 2001, he had reportedly complained about not being promoted, after he had served as Brigadier for about 20 years.

He served in the Ugandan Parliament and he says is aged 77. 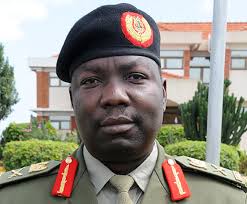 Earlier, Angina had served in the Uganda National Liberation Army (UNLA), attending a training course in Monduli in Tanzania and on return to Uganda was commissioned in 1983, rising to the rank of Lieutenant in 1985.

Following the 1986 ouster of the Milton Obote II regime, Angina reportedly surrendered to the victorious National Resistance Army (NRA), and was then ‘incorporated’ in the army, serving as an Intelligence Officer.

Since then he has served in various capacities in the army, in command, administration and diplomacy. Lt Gen Angina (54) is also one of the 10 UPDF representatives in Parliament, and at one time served as the Chairman of the General Military Court Martial.

Recently, Lt Gen Angina, a three-star General led the team that arrested renegade four-star General David Sejusa, an officer one rank above him.