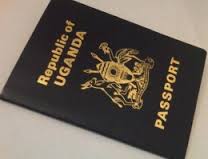 The Directorate of Citizenship and Immigration Control has issued a public alert showing a reduction in the number of ordinary passports.

In a statement signed by the Commissioner Citizenship and Passport Control Nicholas Ongodia, this crisis which will go on until mid February 2016 has been brought about by the overwhelming number of applications that the Directorate received in the last three months, a number that gradually shot from the average of 300 daily applicants to 700, more than double of the planned figure.

The anomaly has been linked to the long queues lately seen at the passport office, but according to Ongodia, the matter will be solved by mid February.

“Emergency issues will be given priority in the meantime,” the statement indicates.

Retire into tweeting, you don’t know anything about football – Magogo...