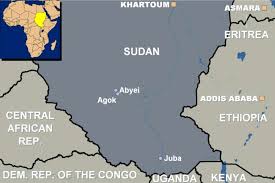 South Sudanese army soldiers who defected to join the Sudan People’s Liberation-North (SPLM-N) rebels last week in protest over the alleged failure to resolve the status of the disputed region of Abyei have returned to their places after the community intervened, authorities and military officers in the disputed area confirmed.

The army’s deputy chief of general staff for operations, Lt Gen James Ajonga Mawut said he had verbally been informed that the group returned.

“I have no official information about the decision regarding what you are talking about [military defection in Abyei area]. I just heard they have changed their minds, which is good for them and the people of Abyei”, he said yesterday.

The chief administrator of the disputed area, Chol Deng Alaak, said he was not aware of any rebellion in the area, declining to discuss military matters.

It emerged last week that a group of over 1,500 soldiers and officers announced they had switched allegiance from the South Sudanese military in protest at the way the leadership of South Sudan, under President Salva Kiir was handling the matter of Abyei, which remains a contested area between Sudan and South Sudan following the latter’s secession in 2011.

The region of Abyei was supposed to hold a referendum at the same time when South Sudan held its self-determination referendum, but differences over who was eligible to vote at the referendum contributed to the postponement of the vote, prompting members of the nine Ngok Dinka chiefdoms to unilaterally conduct in October 2013, a community referendum whose result was not accepted by Sudan and South Sudan.

Major Ayuel Kiir, one of the officers who defected, confirmed in a separate interview yesterday that he and his group were persuaded by community members to abandon rebellion and rejoin the army in the area.

“I am now speaking to you in Agok. We are all fine. No problem. That issue which you heard has been taken over by the community leadership and decided that the issue of Abyei will be pursued through peaceful means,” said Maj Kiir.

He added: “They said the issue of Abyei is no longer an issue between the two countries. It is now an international matter. So we accepted and returned home.”