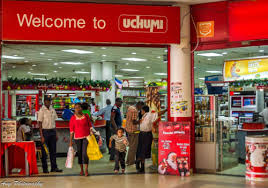 The Uganda and Kenya governments have formed a 10-man committee to sort out Uchumi supermarket, indebted to the tune of about Shs1 billion to Ugandan creditors.

Adressing the press at Uganda Media Centre in Kampala, the Minister of Trade and Industry Ms Amelia Kyambadde said government had intervened in the Uchumi saga because it was a source of employment for many Ugandans.

“Creditors wanted to attach Uchumi property. We agreed that we would engage with the Kenyan government to see a way forward,” she said.

She disclosed that on January 14, her ministry and 40 creditors held a meeting and agreed that the Uganda government engage that of Kenya to find a solution.

The committee will consist of five prominent members from both countries, with the Kenyan team led by Ambassador Tom Amolo, its Political and Diplomatic Secretary, while Ambassador Julius Onen, the Permanent Secretary of the trade ministry will lead the Ugandan team.

“The Inter-Government Committee will sit and review claims, make recommendations and also decide on the time frame for settlement of creditors,” Ms Kyambadde said.

“If they file for bankruptcy, they will not be able to pay their creditors,” Ms Kyambadde said and called upon all those with complaints about Uchumi to contact her ministry or the Private Sector Foundation (PSF).

About 300 employees of the mega super store lost their jobs when it closed its operations countrywide in 2015. It had branches in Kampala, Gulu and Mbale among others.