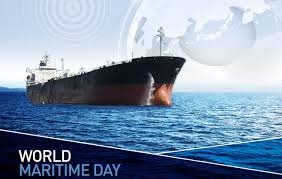 The International Maritime Organisation (IMO) has welcomed the establishment of the African Maritime Journalists Association (AMJA), with a pledge to collaborate with the new association to advance the the maritime industry in Africa.

IMO’s Media and Communications Officer, Natasha Brown, in a congratulatory message, thanked the promoters of the AMJA for bringing its formation to the attention of the global maritime agency.

She assured that her office would endeavour to keep the Association and its members, abreast of news and information related to IMO activities.

“Please let me know the best way for IMO to provide information to the journalists and how we can help in ensuring you have the latest news from IMO. We are happy to add individual emails to our press briefing list, so they receive our press briefings in their inboxes”, she was quoted as saying in a February 7 release signed by Lanre Badmus, the Chairman Organising Committee of AMJOC.

The IMO, a specialized agency of the United Nations, is the global standard-setting authority for the safety, security and environmental performance of international shipping.  The organization provides technical assistance to developing countries in maritime matters, among its other responsibilities. Following a resolution adopted at the inaugural African Maritime Journalists Conference (AMJOC), held January 29 and 30, 2016, in Accra, on the need to establish a continent-wide association or forum for maritime journalists in Africa, delegates resolved and endorsed the formation of the AMJA.

A four member executive committee was elected to drive the objectives and benefits of the conference across the continent, at regional and national levels.

The elected executives are President Sesan Onileimo of Nigeria, who is also the Publisher of Shipping Position Daily Newspaper(print and online), and Producer of Shipping Position Live on Radio; Vice President  Mr Terry Hutson of South Africa, also the Publisher of Ports and Ships; General Secretary Mr George Sunguh of Kenya, the Editor of Our Ports Magazine and Communication Executive for Port Management Association for Eastern and Southern Africa and the Treasurer Ms Grace Nana Esi Boateng of Ghana, also a Presenter of Maritime and Port News on Radio.

Meanwhile, the Association has equally been commended by two leading maritime institutions on the continent; messages of commendation were received from Mrs Mfon Ekong Usoro, Secretary General of the Memorandum of Understanding on Port State Control for West and Central African Region (Abuja MoU) and Ms. Funmi Folorunso, the Secretary General of the African Ship-owners’ Associations.

Meanwhile, the inauguration of the new Executive Committee is scheduled to take place next month in Lagos, Nigeria.