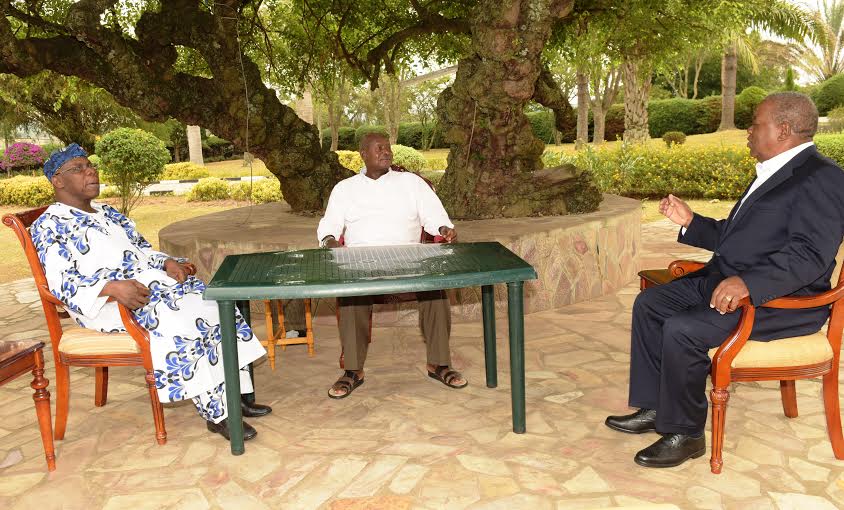 President Yoweri Museveni has met former Presidents Olusegun Obasanjo of Nigeria and Rupia Banda of Zambia at his country home in Rwakitura.

The two former heads of state are part of a panel of International Observers led by the Head of the EAC team and former Tanzania President, Mr Ali Hassan Mwinyi who is also in Uganda to monitor the both presidential and parliamentary elections. 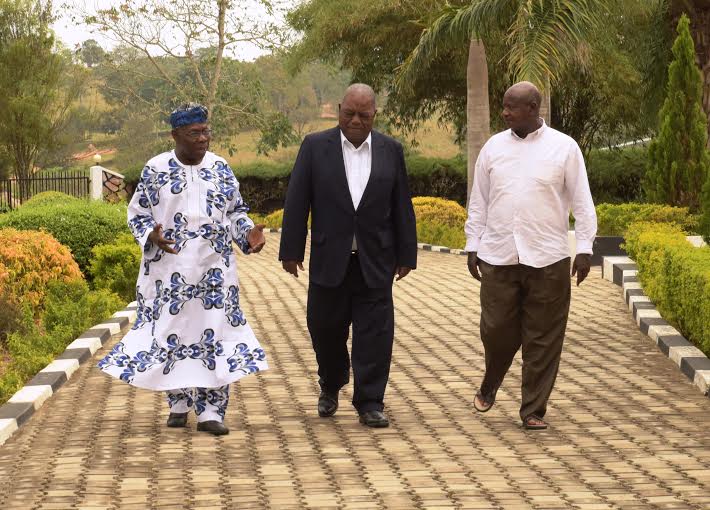 According to a press release from Ms Linda Nabusayi, the Presidential Press Secretary,Just as the two leaders arrived for the meeting,last evening, the Electoral Commission announced the Presidential results at exactly 4pm sending neighbouring villages into celebrations. The President paused to inform his guests that the celebrations were a result of the announcement by the EC of election results.