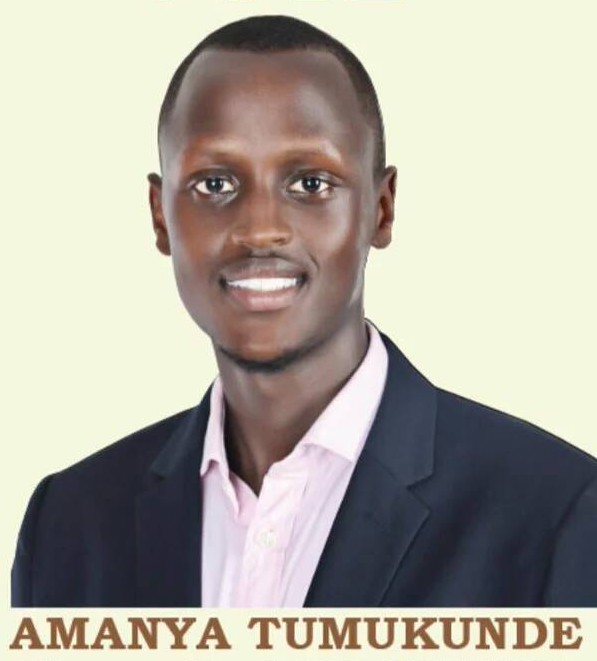 The race for the Western Youth Member of Parliament has hit its peak, pitting candidate Amanya Nduhura Tumukunde against his closest rival Mwine Mpaka, for the coveted post.

Amanya Tumukunde is the son of Lt Gen (rtd) Henry Tumukunde while his challenger Mwine Mpaka is the son of the State Minister for Animal Husbandry Lt Col (rtd) Bright Rwamirama Kanyotole.

Both Gen Tumukunde and Col Rwamirama are bush war comrades who fought with the then National Resistance Army (NRA) that captured power in 1986.

Their two youthful sons face off in elections that begin Monday night in Fort Portal, and Amanya Tumukunde says that he is in the race ‘to the end’.

“I am in this to the end; I am of sound mind, above 18 years of age and I do possess the requisite academic qualifications,” Amanya Tumukunde, a graduate of Mass Communication wrote on his Facebook page.

A source close to the polls told The EagleOnline that Amanya’ s communication skills have the potential to leverage him against his challenger.