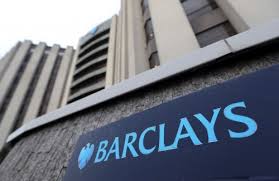 Barclays Africa Group Ltd has today said that any announcement by its London-listed parent company Barclays Plc would not impact the shareholding and ownership of operations in individual African countries.

Barclays Plc said on Sunday its board was evaluating strategic options in relation to its shareholding in its African business. The bank will update the market on its plans for Barclays Africa tomorrow, it said.

Barclays Africa shares fell as much as 6 percent as markets opened and traded 4.8 percent lower at 137.90 rand by 0750 GMT. The banking index was down 2.8 percent.

Barclays Africa said it was well capitalised, that it had an independent board and that it would continue to operate as normal.

That comes after a report by the Financial Times on Friday that the bank’s chief executive, Jess Staley, had decided to shut operations in Africa and had appointed a subcommittee to study the sale process.

Under a deal concluded three years ago, Barclays handed over ownership of eight African businesses to its South African subsidiary in exchange for a 62.3 percent stake in the new Barclays Africa entity.

Fund manager, Korner Perspective director Graeme Korner, said there was little appetite in the market for a major banking transaction and that finding a new buyer with a good balance sheet was going to be challenging.

“Unless there is a really powerful player that has a deep balance sheet and can add strategic value to Barclays Africa its not in the interest of minority shareholders to see it passed on to somebody else,” he said.

“BAGL (Barclays Africa) confirms that any announcement relating to PLC’s shareholding in BAGL does not impact the shareholding and ownership of these operations,” it said.

Barclays Africa’s Kenya unit assured customers that it would not be shutting down and that their accounts were safe.

“I assure you that your money is safe with us and you should not be concerned about the operation of your account,” Managing Director Jeremy Awori said in a statement.