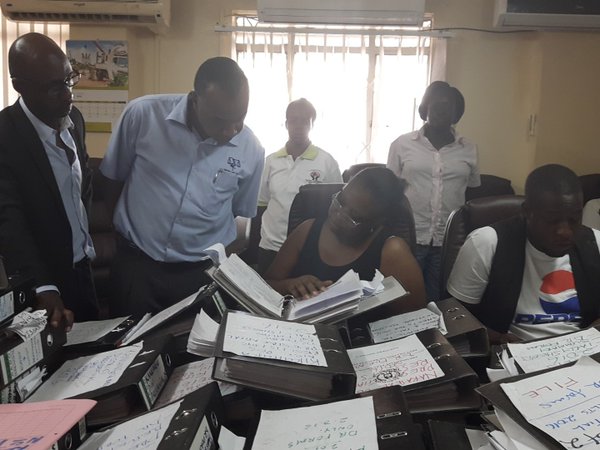 The Independent Electoral Commission (IEC) has this afternoon availed the declaration forms to court and the petitioners.

The IEC Spokesperson Jotham Taremwa said the display of the declaration forms was in accordance with a Supreme Court decision made on March 9, and to also remove any doubts raised by the opposition that there were no forms.

“All documents have been availed to petitioners’ inspection and this is in accordance with the court request,” Taremwa said.

A team of former presidential candidate Amama Mbabazi’s lawyers were also present to review the documents, which the opposition has persistently alleged were falsified.