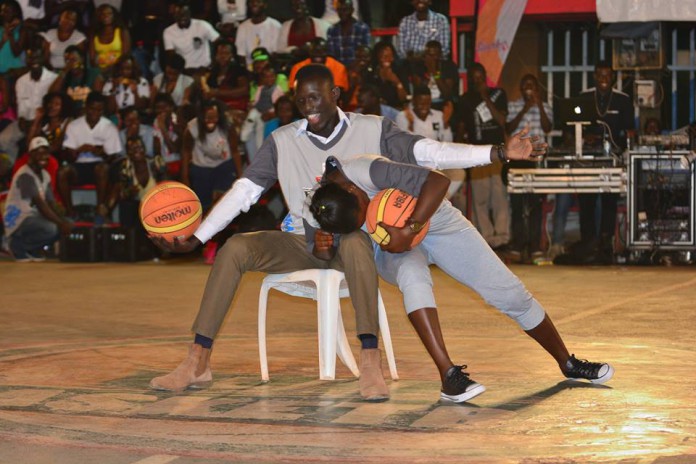 Friday Night Lights – Basketball has been postponed to next Friday. The now less prevalent event that has already been held twice in a row after its delayed launch this year.

Asked why it was pushed forward, Vicky Ntale, Project Manager FNL says: “For us to pull off a good event, we needed no interference with other programs that may well eat into our time and to generally put up a stunning two-months basketball event.”

Part of the official statement from the Kinetic Management Group read:  “Its Unfortunate that the circumstances are beyond our control. YMCA has a graduation ceremony and they are unable to provide the venue for this week. Friday Night Lights will resume again on the 25th March 2016. We intend to make your experience at #FNL6 even more spectacular when we return. Apologies for any inconveniences caused.

“We would like to apologize for the cancellation,” Ntale added.

The sixth edition of  fun basketball event has been ill fated since day one after a rift arose between the two organisng parties  (FNL and KMG) with the former had  threatening to go ahead with their event after KMG opted out of the previous arrangement to create a new product named Lites Up.

This was despite Fuba’s directive that they could not do so as their event clashed with the KMG-organized Lites Up.

But following talks, the tournament went on albeit having been reduced from the usual eight, to six weeks to pave way for the league season that starts April 16.