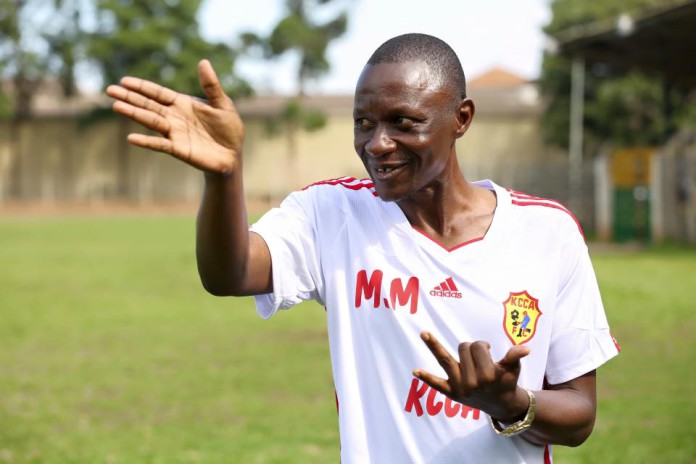 The last time current leader KCCA FC met Soana FC in the Uganda Premier League tie at Kavumba, Mike Mutebi’s strikers fired blanks in the 0-0 draw. This is the damning tide manager Mutebi and his deputy Badru Kaddu are determined to improve when we meet again  this evening at Nakivubo stadium.

“Back then we lacked team depth and lethal finishers but right now we have alternatives for all positions. Our target is to win the match against Soana and stay at the top of the league table,” assistant manager Kaddu told the club website at Lugogo.

Versatile striker Derrick Nsibambi and rock solid defender Lawrence Kasadha are the notable absentees for the must win game against Soana.

“Nsibambi is yet to recover from Malaria while Kasadha is still down with a calf injury but in returning Hassan Wasswa Dazo and Ceaser Okhuti we have spot on replacements for them,” Kaddu elaborated.

“Soana FC has proved to be a bogey side for us in the past but this time round we are armed well to defeat them at all costs. We are going to try out the attacking tandem of Herman Wasswa and Okhuti to see that we get that early goal that we shall build on,” said Kaddu.

Bright Stars host the unpredictable BUL at Champions Stadium in Mwerwere, Matugga  in their quest to finish in the Top 5 while fancy Lweza is geared up for URA at Wankulukuku after their impressive win over champions Vipers in their last AUPL match.