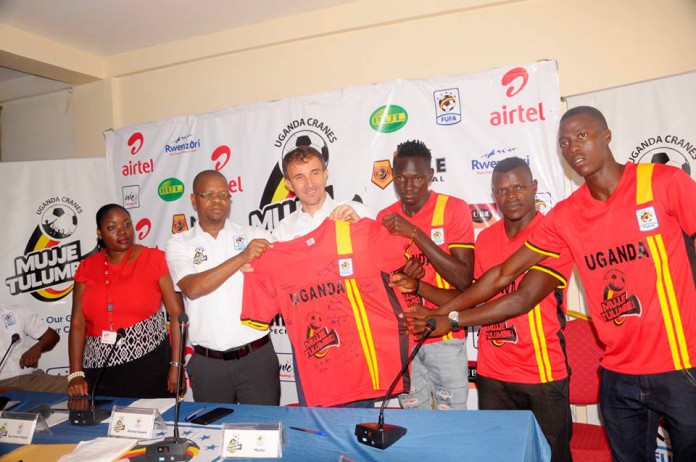 Cash strapped Federation of Uganda Football Associations (Fufa) has given Ugandans another reminder of how the country desperately needs divine intervention by booking prayer sessions with religious leaders allover.

Fufa under Moses Magogo reached out to pastors and Imams who responded in affirmative to their request for a prayer weekend request to the religious groups was Friday 18th -Sunday 20th March as they wait on government to save them or less won’t make the trip West.

“We need a chartered plane if we are to travel to Burkina Faso and back in time for the return leg. And we believe government can come to our aid if that is to be realized, and to enable The Cranes achieve good results but with prayer everything is possible,” Magogo was quoted as saying earlier this week.

Decolas Kiiza, the Fufa Finance director, confirmed that Shs 1.5 billion was needed for those two back- to-back games to cater for the players’ allowances, bonuses and air-tickets all of which they don’t have yet the ties are now less than a week away.

The Uganda Cranes and other players of the same religion will pray from areas designated to FUFA by the religious groups.

“We are glad that our requests have been honoured. We are looking forward to making the National prayers a success. We encourage all Ugandans to pray for the National team-Uganda Cranes,” said Ahmed Hussein Fufa spokesperson.

The Imaam at the National Mosque-Old Kampala Ali Juma Shiwuyo welcomed the idea saying, “It is important to put God ahead of everything. Even if the results turn out to be good or bad, you will look back to God for His decision’ said Imaam Shiwuyo.

Cranes, who visit Burkina Faso on March 26 before hosting the return leg at Namboole on March 29, lead Group D of the qualifiers with a maximum six points. Botswana and Burkina Faso are tied on three points with Comoros last without a point after two games.