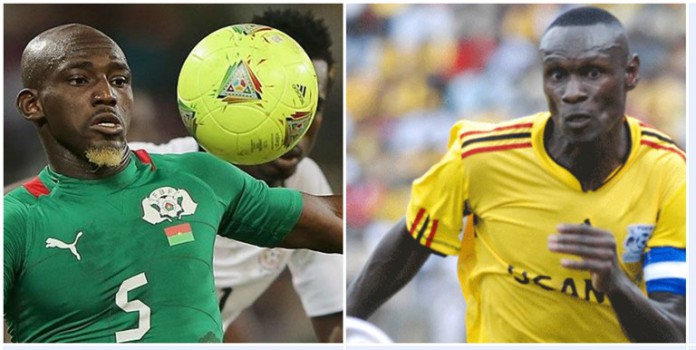 This is a tale of two mature or you would say aging footballers who are gutted after being snubbed by their national teams.

Coach Mulitin ‘Micho’ Sredojevic left ‘forgotten’ skipper Andy Mwesigwa out of the squad to face Burkina Faso just like Stallions coach Paulo Duarte also snubbed his most senior defender in Mohamed Koffi yet both men still think they had enough merit to get kick-abouts  having made their debuts more than 10 years ago.

Mwesigwa’s performance in the 2-0 defeat to Guinea in November 2014, in which he was at fault for both goals, showed of a servant whose legs had seemingly given way despite the heart remaining as passionate. He has not announced retirement and is yet to play competitive football since the aforementioned match.

“I am surprised,” he stated in an appearance on Radio CBS 89.2 on Wednesday night, Mwesigwa who now turns out for Vietnam League side Ha Noi couldn’t hide how he felt about that, “I have never announced my retirement from the national team and am currently active at my club where I am part of a backline that has kept many clean sheets,” he added.

One of the unanswered questions was whether Micho had accorded his former captain (he confirmed Geoffrey Massa as the new captain) the respect he deserves by telling him beforehand what he revealed to the media recently that the defender’s time with the Cranes could be over.

Fast forward to West Africa, the other old man Mohamed Koffi will also not convene for two games. Burkina Faso coach Paulo Duarte has delivered its list of players but there was no place for Koffi on the team.

When asked by Canal Plus in his weekly Talents of Africa, Zamalek player spoke said, ” I was surprised as you, I am one of the elders of the group, it can be done but could still speak I do not know if anyone has an issue with me because I have always given everything for my country.

Cranes, who visit Burkina Faso on March 26 before hosting the return leg at Namboole on March 29, lead Group D of the qualifiers with a maximum six points. Botswana and Burkina Faso are tied on three points with Comoros last without a point after two games.