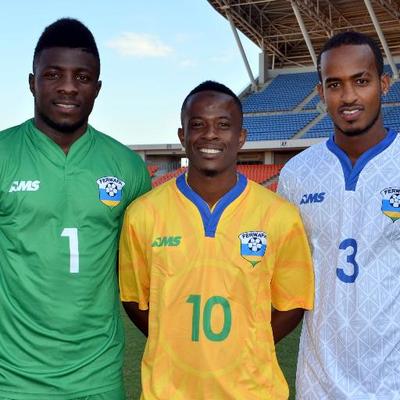 Whereas Uganda Cranes coach Micho named a majorly foreign based players for the 2017 Africa Cup of Nations qualifiers double header against Burkina Faso, his Rwandese compatriot Johnny McKinstry has retained most of the players from the squad that reached the quarterfinals of the 2016 African Nations Championship on home soil, as Amavubi are preparing for their double header with Mauritius in Group H.

Lying second in Group H on three points, after falling 0-1 to Ghana following an away win in Mozambique with the same scoreline, Amavubi will battle Mauritius at Stade Anjalay de Belle-Vue on 26 March before hosting the islanders in Kigali three days later.

Rwanda will be looking to pocket all six points from this double clash in their bid to qualify for their first AFCON finals since their first and only appearance in the 2004 edition in Tunisia.