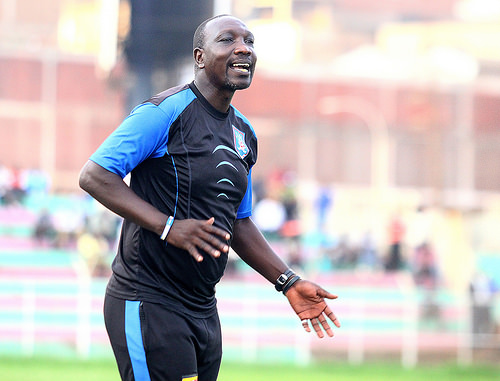 Following their shock and tiresome bus road trip through Tanzania, SC Villa coach Ibrahim Kirya is still adamant that his charges will be up for the task when they face Jeshi La Kujenga Uchumi (JKU SC) in their CAF Confederation Cup return leg on Friday.

The Jogoos are expected to reach Zanzibar later today (Thursday) after two days on the road as they seek to finish off their tie against the Coastal outfit after claiming a 4-0 first leg victory last weekend at Namboole. They actually need to avoid a 5-0 loss to progress to the next round where the winner will take on either Morocco’s FUS Rabat or USL Loum of Cameroon.

Speaking to EagleOnline, Kirya said he is fully aware that the conditions in Zanzibar will be tough for the team but that they are ready to go out there and fight to come back with a good result.

“We know that travelling by road is not easy especially if you a club from Uganda. We are mentally well prepared for it especially the ferry trip Dar es Salaam to Zanzibar. We know that for us to do well we have to forget about most of the problems or challenges we will face and play the game and fight for the results.

“The conditions have been tough but that’s how it is and my boys are ready to finish the job,” Kirya concluded.

The 16 man squad has two goalkeepers, five defenders, eight midfielders and one striker.