Prominent city lawyer Fred Muwema is to sue Facebook, if the giant new media company does not provide him with the details of a one TVO, someone behind defamatory FB posts against Muwema, titled ‘Betrayal in the city’.

According to Muwema, TVO has posted damaging and life-threatening posts on his page to the effect that the lawyer stage-managed a break in his office in the leafy suburb of Kololo and that he also received a bribe of Shs900 million to abandon representing presidential elections petitioner John Patrick Amama Mbabazi, in the ongoing petition in the Supreme Court. Muwema also says that TVO has made wild allegations that the lawyer is being guarded by the Special Forces Command (SFC), an elite force that also guards the President and other dignitaries in Uganda.

And now in the letter to Facebook Inc Chairman Mark Zuckerberg, Muwema wants the giant new media company to furnish him with all the details of TVO including the Internet Protocol Address, to pave the way for legal action against the Facebook subject user.

According to Muwema, this information should be provided by March 29, failure of which will attract legal action against Facebook, Muwema says.

To this end, I request for the Internet Protocol address of the subject user by the 29th of March, 2016 to be able to determine the user’s physical location, email, telephone address and other useful user information.

In the letter Muwema demands that Facebook removes the defamatory content and that it stops hosting TVO on its social media platform. 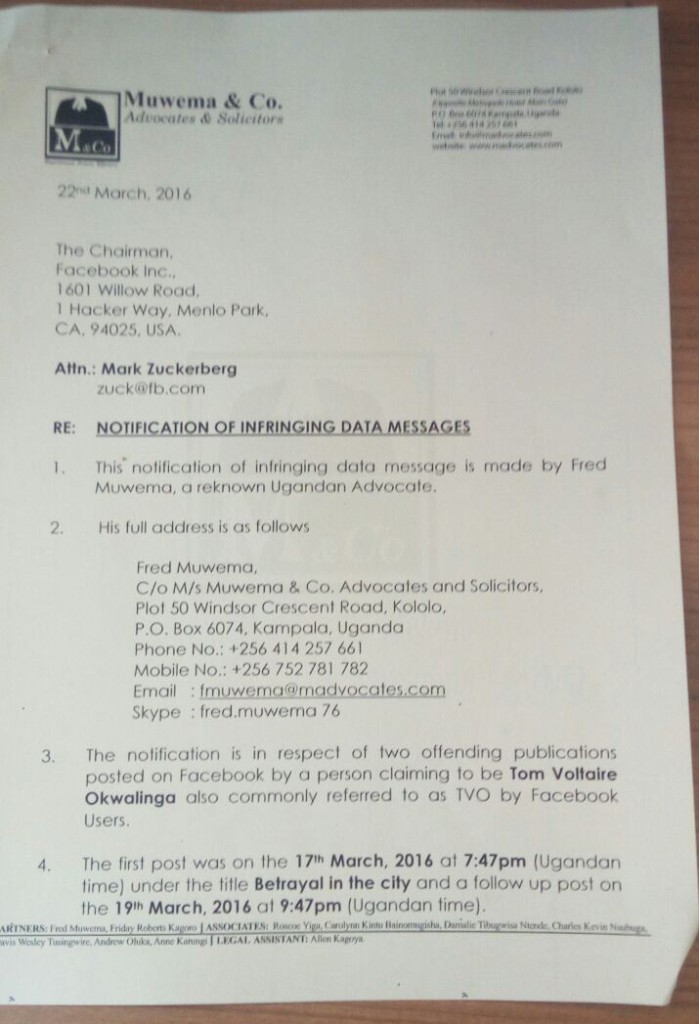 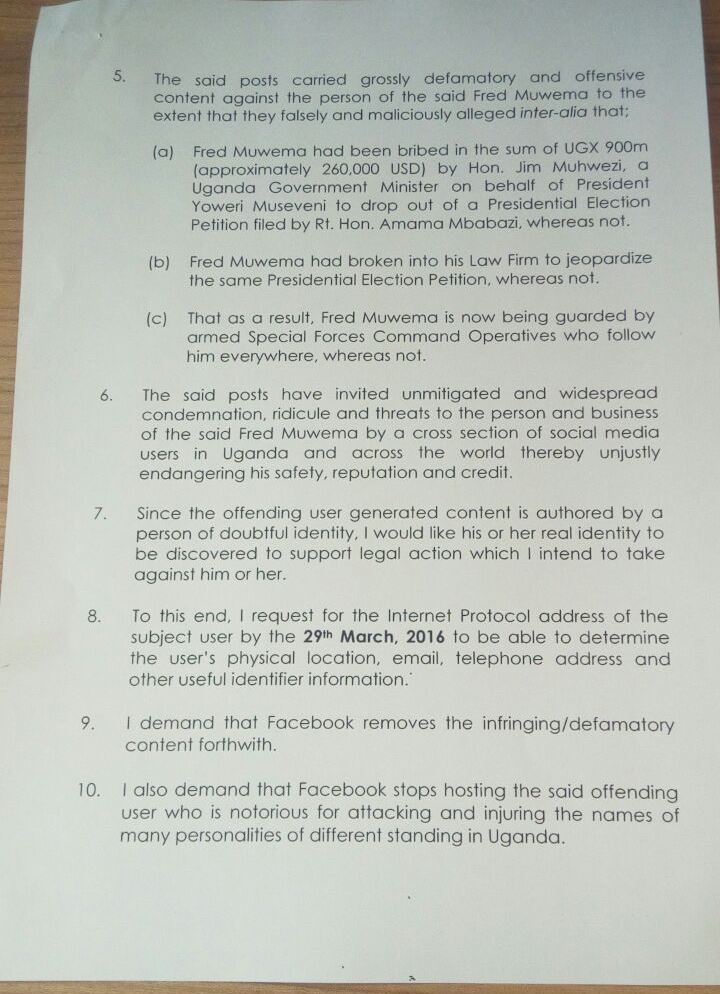 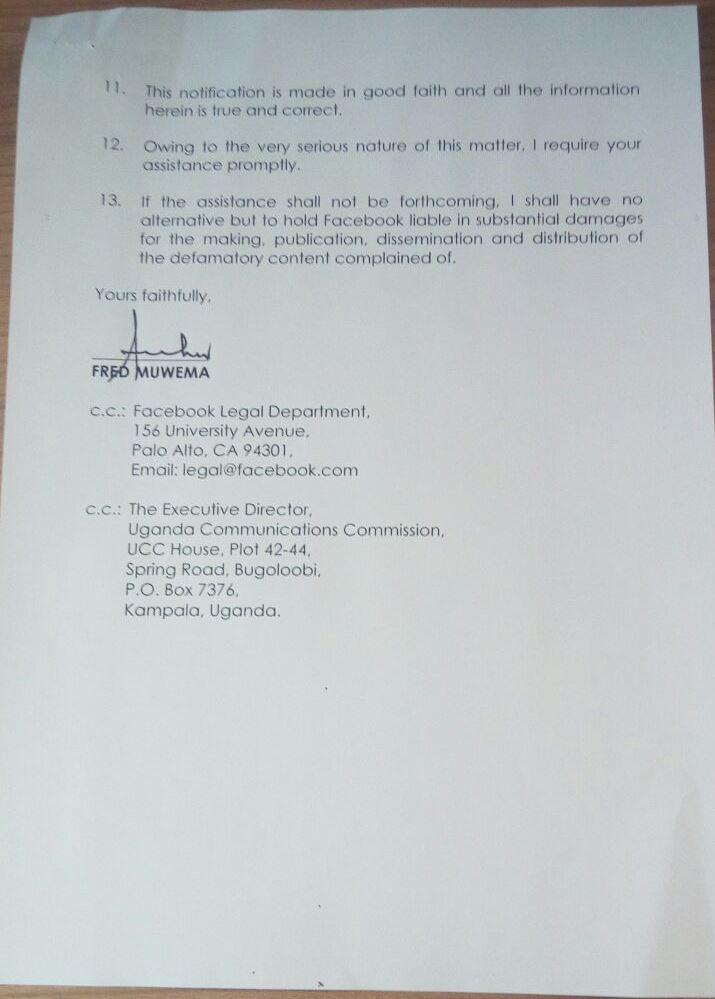