Army side Simba SC cannot afford to dwell on the sacking of Morley Byekwaso – and must move on quickly in order to put some spark back in their premiership season, says veteran striker Godfrey Wakaza.

Wakaza admitted he feels sympathy for Byekwaso, who was relieved of his duties, following a poor run of only three wins in 19 league matches.

But, while he thanked Byekwaso for the support he has given him during his time at Simba, he says there is little room for sentiment as they look for a way to get back to winning ways. 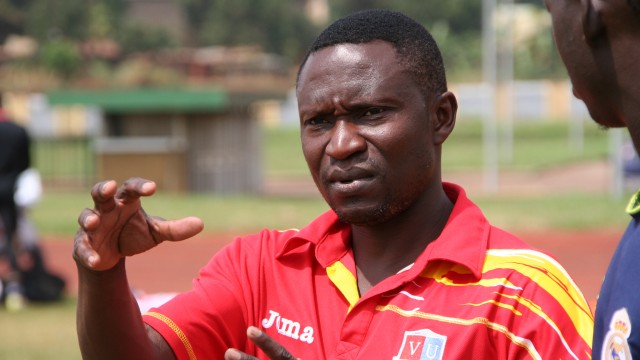 Simba produced positive performances against SC Villa and Maroons, but emerged with only a solitary point against the Jogoos as their reward a the beginning of March– and defeat felt particularly harsh at the Luzira, where the Bombo side had dominated the first half in particular, but again paid the price for their lack of cutting edge in the final third.

“It is football. You have probably been around long enough to know that people lose their jobs in this game. There is no time for us to dwell on it, because we have had matches and we have had to move on quickly,” said Wakaza to EagleOnline.

“It is a harsh industry, but you do feel sympathy for the suspended coach. He had been great for me and I will always be grateful for that. But this is a cut-throat industry and you have to move on quickly.”

A former KCC player, Byekwaso started official duties at Simba in July last year after leaving Sports Club Victoria University (SCVU). A club statement said that the former Uganda Cranes midfielder had been ‘suspended’ over “unsatisfactory results” but history suggests that no local coach has been ‘suspended’ and returned to resume normal duties.

Byekwaso joins a growing list of coaches that have either since resigned or been sacked this season.