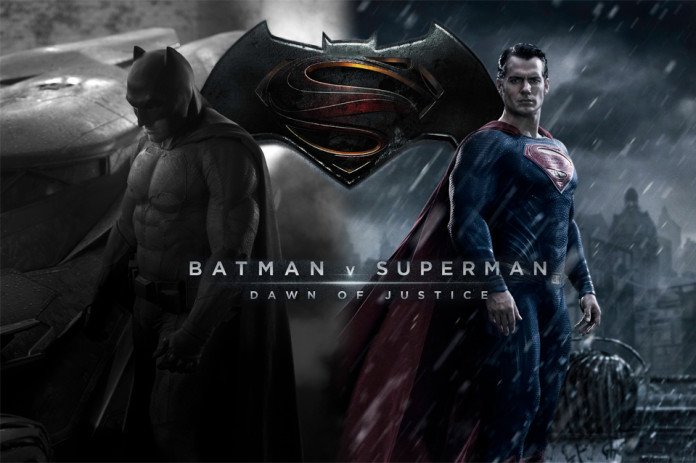 Director Zack Snyder proves he just might be the biggest fanboy of all by creating a superhero movie suitably epic for having Batman, Superman, Wonder Woman and all their derring-do.

Is that a good thing for Batman v Superman: Dawn of Justice, though? Well, not always in this massive though improved sequel (*** out of four; rated PG-13; in theaters Friday) to Snyder’s Man of Steel. BvS does well laying groundwork for a cinematic universe that could hold an entire Justice League. But it unpacks too much material for even a 2½-hour film, leaving Dawn of Justice a superpowered jumble at times.

But that takes a backseat to the joys of watching Gal Gadot’s awesome Wonder Woman smile gloriously in the middle of a fight, Ben Affleck turning in a strong take on an older Dark Knight and his alter ego Bruce Wayne, and a story about two orphans.

Batman plays a major role from the start, as a quick recounting of his origin leads to Bruce driving into the 9/11-type destruction of Metropolis and seeing the carnage wrought by Superman’s Man of Steel battle against Zod.

Fast-forward 18 months, and Superman becomes part of another incident saving his love, Lois Lane (Amy Adams). Enough’s enough for three folks: Sen. June Finch (Holly Hunter), a congresswoman who wants to hold Superman accountable; Lex Luthor (Jesse Eisenberg), a xenophobic villain planning to annihilate this alien interloper; and Batman, who’s waging his own war against criminals while figuring out what to do about the Man of Steel.

BvS starts losing its way when Lois secretly meets with government officials, someone tries to sneak a dirty bomb into Gotham City, Lex is conniving in pretty much every way, and Batman has a post-apocalyptic nightmare that involves evil Superman, a large Omega symbol, a locale that looks like Dark Knight: Fury Road and a fleeting superhero sighting.

The subplots dovetail decently into the big finish, one Snyder pulls off with a surprise return, one huge shocker and the promised throwdown between Batman and Superman. For those wondering why these two have to fight, there is a very good storyline reason for the two frenemies coming to blows, and in the director’s action-packed movie resume (300, Watchmen), that faceoff and their inevitable alliance with Wonder Woman against Lex’s vicious monster Doomsday vault to the top of Snyder’s best-told fight sequences.

Henry Cavill is again a solid Superman (and Clark Kent), even more the second time, though Affleck and Gadot are really special in their debuts. Whether skulking around in an evening dress or brandishing bulletproof bracelets in costume, Gadot proves to be just as entertaining and watchable as either of the headlining heroes.

Affleck’s Batman is a surprisingly emotional one. A few scenes showcase a strong, even flirty chemistry between him and Gadot, rivaling that of Cavill and Adams and of the cinematic Caped Crusaders over the years, Affleck seamlessly moves between Batman and Bruce Wayne.

BvS will please those either waiting for the two main players to lock horns on a movie screen, or those who’ve just been pining for Wonder Woman forever. And for the nerdier crowds, a fleeting glimpse at other superheroes hints this is the Dawn of something potentially sensational.