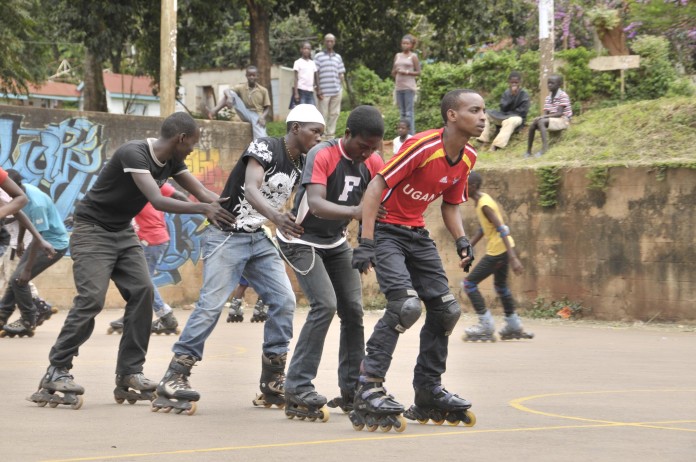 Police has banned skating on roads and warned that defiant people will be prosecuted.

This follows numerous complaints by the public about wrong characters masquerading as skaters, who they say grab their property through vehicle windows and on street pavements.

According to the Deputy Police Spokesperson Polly Namaye, many of these criminals normally snatch laptop, phones, bags, side mirrors, bunches of matooke and charcoal from moving trucks.

“We have given instructions to all our traffic officers to caution the roller speed-skaters on the roads that they will be arrested. They have been banned due to public demand that many of them are thugs,” she said.

Police named areas around Bwaise, Nakulabye, the City Centre, and Kawempe as some of the hotspots to intensify the operation.

Meanwhile, police has said that residents of areas such as Makerere Kikoni and Mulago have expressed concern for criminal gangs that ambush and forcefully grab their property.

Police Spokesperson Mr Fred Enanga pointed out a group called Kifesi is the one terrorizing the city and that so far over 30 of its members have been arrested in different operations by the police Flying Squad.

“Most of these are juveniles aged 12 to 16 years, they put up road blocks and steal from people,” Mr Enanga said, adding that several operations and patrols are going on especially during night hours to curb the vice.