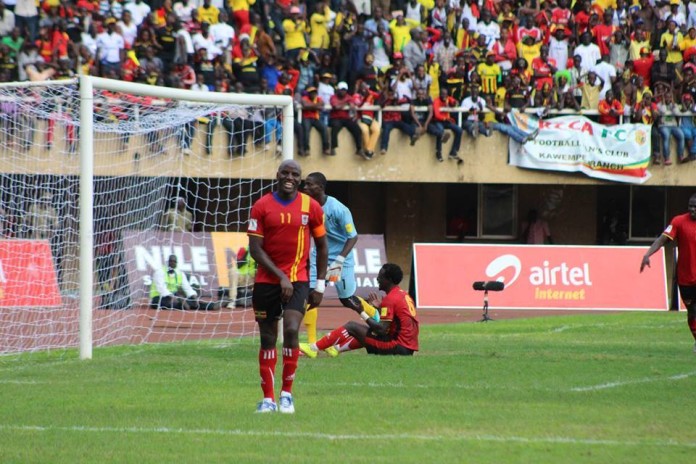 There is a growing sense of optimism amongst Cranes players and Ugandans that this could finally be it.

Yes Uganda have come agonisingly close since 1978, when they were 2-0 losing finalists to hosts Ghana.

When they have not fallen short by a point, it was goal difference, and when they finally picked up the otherwise elusive away win, a 1-0 away victory in Guinea Bissau in the 2012 Afcon qualifiers, they bottled it at Namboole in a goalless draw with Kenya.

Yet, despite several falls over the years, Ugandans continue to hope, and now they have even more reason to anticipate given that the Cranes find themselves in a little different situation.

Another away victory has already been picked up in Comoros, but more tellingly is that coach Micho Sredojevic’s men lead Group D of the 2017 Nations Cup qualifiers with maximum points after two matches, the first time this is happening.

And with Comoros beating Botswana 1-0 on Friday to leave every team in the group with at least a victory, Uganda could make a huge leap closer to Gabon 2017 with three points off Burkina Faso on Saturday.

The two teams have met four times winning once each and drawing the other. The two draws have come at home; 2-2 in the 2006 FIFA World Cup qualifiers and a goalless international friendly.

Uganda Cranes win came at the 2014 CHAN finals beating the Stallion 2-1 thanks to a brace from Yunus Sentamu whilst Cranes their last and only visit to Ouagadougou 2-0.

A win for Uganda would see them open a six-point lead on the Stallions, Comoros and Botswana, and with the reverse fixture just three days later in Kampala; the Cranes could do what they have failed in 39 years in just four matches.

The boys and their coach believe. “I feel motivated to play this game,” said Cranes midfielder Tonny Mawejje, who scored Uganda’s goal in the away victory over Comoros,.

“I have this strong a feeling that ‘we, beat Burkina Faso and we are in the promised land.’”

“We need to stick together as a group and work for each other. If we all pull together, there is nothing impossible,” the 28-year-old is quoted by the Daily Monitor.

“We all need to defend well,” he added, “If we defend well I know we have good strikers who can score goals. Overall we need to be disciplined.”

Coach Micho also knows they will have to summon their last sinew of energy to get something against the West Africans.

“We shall stretch over our limits but we also have got to be very disciplined when we attack, and organised when defending,” he said.

While victory or draw would further illuminate Uganda’s chances, anything short of a win would seriously dent the hosts’ chances, with their next game a trip to Kampala.

Uganda and Burkina Faso have each won once and drawn twice in the four times they have faced off.

The Stallions will be expected to come at the Cranes, with Burkina Faso hitmen Jonathan Pitroipa, Alain Traoré and Aristide Bancé pounding the visitors while Bakary Koné and company keep it tight at the back.

Micho Sredojevic is expected to play defensive with any of Hassan Wasswa and Michael Azira, together with Khalid Aucho, providing cover for the back four.

Tonny Mawejje, Farouk Miya and Kizito Luwagga should operate just ahead of the aforementioned duo, with team captain Geoffrey Massa leading the line.

Yet to concede in four Nations and World Cup qualifying matches, Dennis Onyango  should keep his place in goal, with Dennis Guma, Joseph Ochaya, Mrushid Juujo and Isaac Isinde completing the back four.

The Stallions coach Paulo Duarte has tasked his charges to be resolute and break down Onyango’s wall of defiance.

“We must wake up and correct our mistakes and promote the good things we have. We have to fight,” he told local Burkina Faso press.