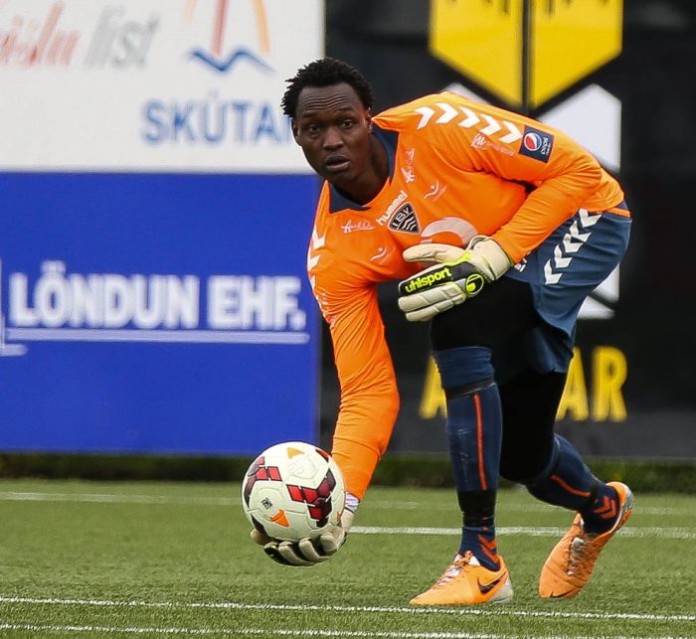 A sombre mood has engulfed the nation following news that Uganda Cranes goalkeeper Abel Dhaira, 28, had lost his battle against cancer on Sunday.

Fans, friends and well-wishers took to social media to show their grief and comfort the football star’s family all evening.

Former Cranes captain Ibra Ssekajja was among the first Ugandans to comfort Dhaira’s family, ” Its so sad that Abel who gave his best for Uganda and made us all proud has died at such a young age. May his soul rest in peace and I hope his family stays strong in such a trying situation, ” the New York Red Bull youth coach told EagleOnline on Sunday.

Vietnam based defender Andy Mwesigwa who played with the deceased from 2009 to 2013 on the national team said on his facebook, “On a sad note we have lost our brother Abel Dhaira who has just died .. #RIP brother “

Presidential assistant in charge of media Don Wanyama called on all Ugandans to go to Namboole on Tuesday and support The Cranes in memory of Dhaira; “The Uganda Cranes should do it for Dhaira on Tuesday. Was to be in the village but now I will ensure am in Namboole on Tuesday to cheer on our national team. Tulumbe ffena whether FDC, NRM or Go Forward.”

With the Uganda Cranes enroute from West Africa where they lost to Burkina Faso 1-0 in a 2017 Africa Nations Cup Qualifier, Fufa official Bernard Ogwal told this website, ” Uganda has lost a soldier in Abel and its very sad for his family and Uganda as a country. Fufa will do all it can to give our former star a good sendoff.”

The former Express FC goalie had been featuring for IBV Vestmannaeyjar in the Icelandic Premier League and his coach Bjarni Johansson said the club had tried their best to give him the best medical attention there is but in vain. IBV had earlier this month organized a testimonial to raise money for his treatment.

Dhaira had also played for Uganda Revenue Authority, AS Vita (DRC) and Tanzanian giants Simba before heading to Europe.