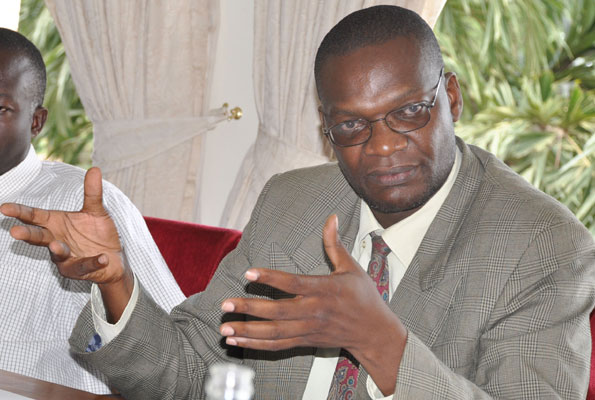 “You fought bravely & with honour u have left us.  #Uganda has lost a true Conservation Hero. RIP Moses Mapesa,” tweeted Uganda Tourism Board.

Efforts to reach Sam Mwandha a friend of the Mapesa family via his known telephone contact were futile by press time but this website will endeavor to find out the burial arrangements as soon as possible.

Mapesa went to South Africa in 2008 for an operation on his back, he had no idea he had a much bigger complication. As doctors prepared him for the operation, they realised that the former UWA boss had a problem with his blood; he had a low platelets count. Platelets help in the clotting of blood.

Around July 2015, Kampala-Miss Tourism 2014/2015, Roberta Jean-Marie Magoba spearhead an art exhibition and auction to fundraise money for the Mapesa’s treatment worth US$100,000 about (Shs300million) under The “Save Moses Mapesa” fundraising initiative that had been launched on April 22, 2015. On December 27, he was able to travel to the US to undergo a number of tests, including necessary treatment to get him ready for the bone marrow transplant.

According to Dr. Henry Ddungu a hematologist at the Uganda Cancer Institute, MDS is a group of disorders where the bone marrow malfunctions with the blood-forming stem cells failing to make healthy blood cells.   This means that Mapesa’s bone marrow could not manufacture its own red blood cells (responsible for carrying oxygenated blood), white blood cells (antibodies) and blood platelets which help with clotting.   “The abnormal production of cells can also progress to production of cancer like cells causing acute myeloid leukemia,” he explained.

MDS is common among people aged 70 and above; there is no definite cause. Currently there are over 10 patients being treated for the ailment at the Uganda cancer institute.