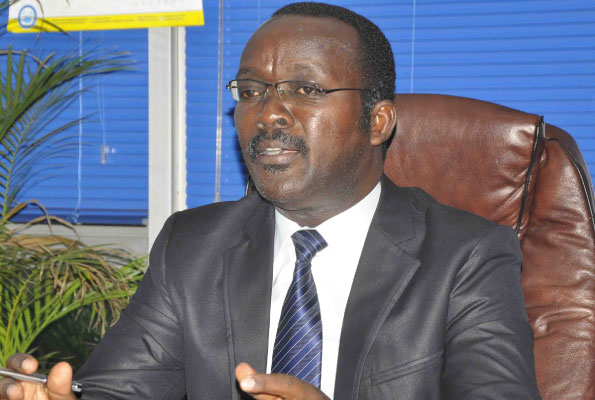 The Managing Director National Water and Sewerage Corporation (NWSC) Eng. Silver Mugisha has been recognized for his exemplary leadership style and transformations at the corporation.

This was during the Achievements 2016 Award ceremony held at the Institute of Directors London UK last week. Representing NWSC, the Vice chairperson of the Board Mrs. Ruth Kanyaruju and Director Finance and accounts Mrs. Sylvia Arinaitwe received the European Quality Award on behalf of the managing director and the corporation.

Dr Mugisha has been instrumental in increasing water access to most areas in both Urban and rural homestead.

In September 2013, Dr Mugisha, the former chief manager Institutional Development and External Services at the corporation beat his closet rival, Mr Alex Gisagara, to take the coveted job after months of tight rope pulling. Mr Gisagara, also chief engineer at NWSC, was then acting in the position since the exit of William Muhairwe in 2011.

The NWSC board in 2015 commended him for excellent performance after he scooped the ‘Best Manager Award 2015’ accolade. According to an NWSC statement, the board commended him for his contribution towards increased service coverage, geographical expansion, service delivery and customer care. The statement said NWSC was set to complete the laying of 1,400 kilometres of water pipes across the country.

“In the period between July 2014 and June 2015, NWSC extended its geographical piped water system by more than 1,200 kilometres,” said the statement from public relations manager Samuel Apedel.