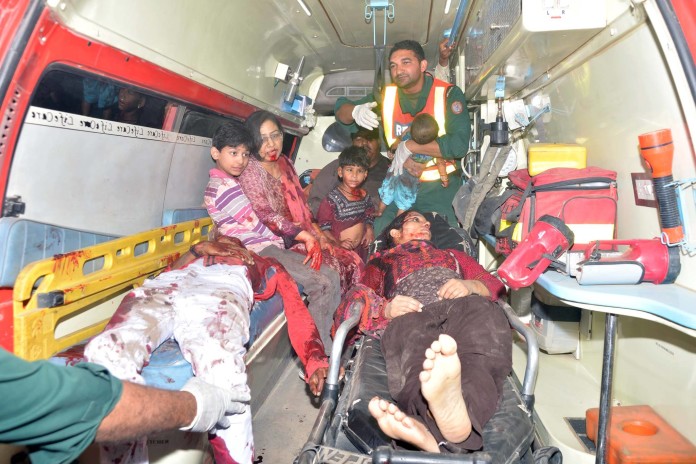 World leaders and celebrities were quick to condemn the Brussels attacks earlier this week, as monuments across the West lit up in the colors of the Belgian flag.

Tintin and the Plantu cartoons became a symbol of solidarity and leaders were quick to tweet their support for the victims of the bombings.

The horrific suicide bombing in Lahore has not garnered the same amount of sympathy, however. The colors of Pakistan did not light up Western capitals on Sunday evening after at least 69 people, mainly women and children, were killed while celebrating Easter in a terror attack targeting Christians. 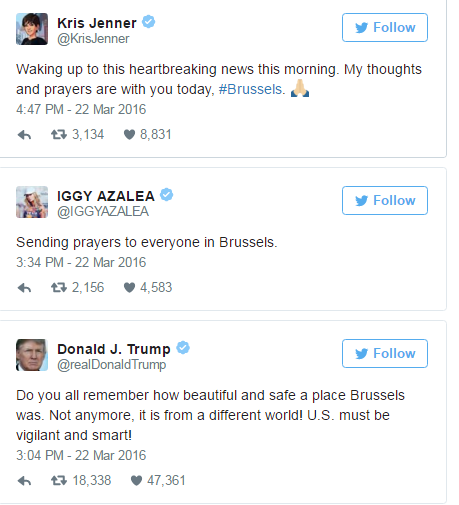 The US offered a statement of condemnation through National Security Council spokesman Ned Price, but President Obama has so far remained tight-lipped, at least on Twitter, where he is still seen celebrating a “joyful Easter” with family.

Canadian leader Justin Trudeau, French President Francois Hollande and the Russian Foreign Ministry passed on sympathies along with US presidential hopeful Bernie Sanders, but most world leaders haven’t said much. 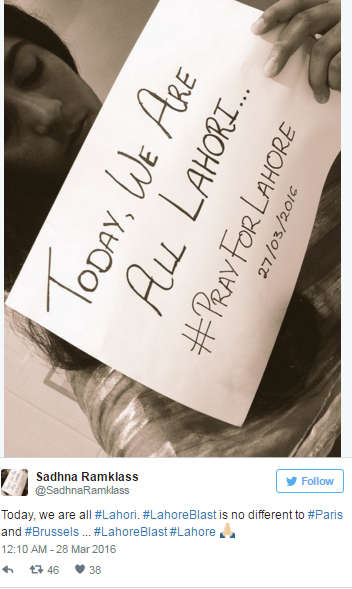 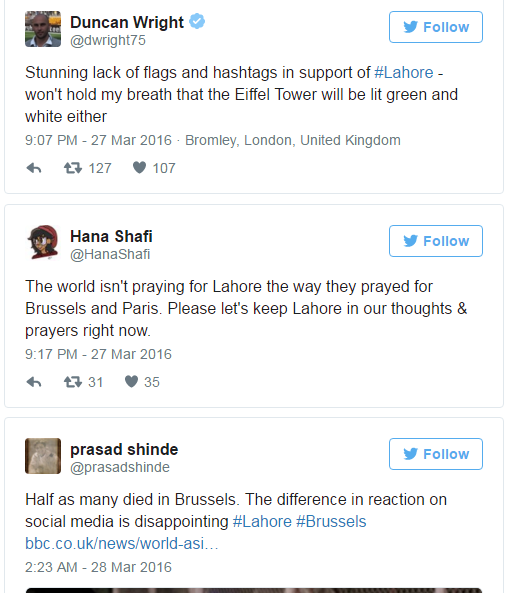 Pakistani activist Malala Yousafzai, who survived a terrorist attack in 2009 when her school bus was ambushed by militants, issued a statement for the victims.

Many people spoke of the lack of sympathy expressed for Lahore compared to that received by France and Belgium, leaving Pakistan wondering where is the ubiquitous “Je suis.” 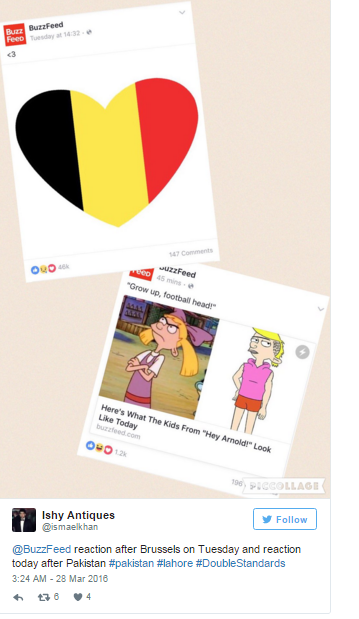