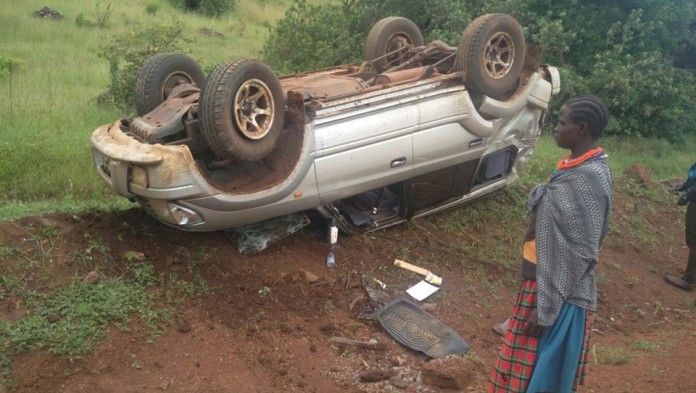 Prado Toyota, a dangerous suv 4×4. Like I have always said. Is seated on a Hilux H frame Chasis hence very unstable at high speeds. The back fish tails on small multiple humps.
In car terms, it’s called a body on Chasis- no more than 8 bolts hold the body on the Chasis be warned.

This car originally was produced for Japanese families that lived in the snow hills & mountains meant to be driven at slow speeds up the mountains it became a good seller and intermediary between Hilux double cabin & Landcruiser 80 100 200 series commonly known as Mpenkoni the proper Landcruiser was too expensive and double cabin was a pick up & was not presentable in constituents, weddings and office to most Ugandans. As the constitution states, No government servants should have more than 3000cc and all cars should be diesel at that.

So the Prado made its way to best seller to organisations government and to most average families and high end because they sit high off the ground, the down side to all this no research is done by the buyers.
Over speeding by the owners & their relos all they do is walk in to a show room and as far as they are concerned, a 4×4 is here and I can go Mbarara the next day at 180kmp off they go, really?
Prado TX, TZ etc should not exceed 80 or 60kph on a marum or dirt road. The brake servos are also wanting….prefarably keep it as a city car.

VERDICT:
You are better off buying the older landcruiser vx or the new primo or pajero is a better car too rather than a brand new prado save a life save a nation this is just my opinion. Have you ever heard of a Q7 or ML accident if so 1 or 2.
Please stop buying prados!!!
Harrier is a much better car 100% I have tried & tested.