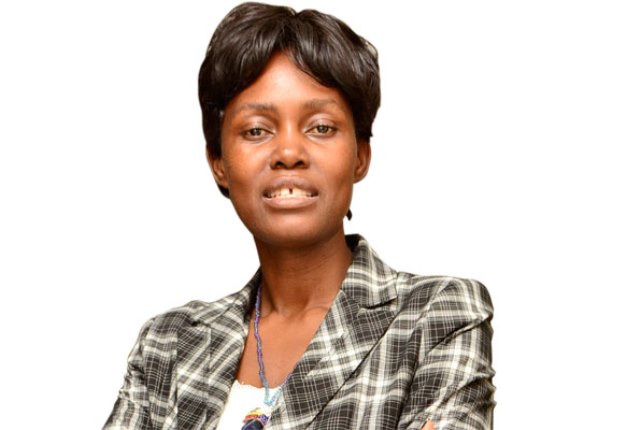 Her appearance after the presidential campaign trail was as sudden and surprising as was her nomination and participation.

Ms Maureen Waluube Kyalya, the only female candidate in the February 18th presidential race, has fired a missive via her Facebook page alleging that Forum for Democratic Change founder Dr. Kizza Besigye is President Yoweri Museveni’s personal rival whose only difference is a woman (Winnie Byanyima the opposition leader’s wife) and Besigye will never reign if Mr. Museveni lives!

She also went to disclose that wasn’t a deserved winner because Ugandans chose or rigged for Museveni of all the Westerners (Kizza Besigye, [Maj Gen] Benon Biraro, [Amama] Mbabazi and Prof Venansius Baryamureeba) because none of them is NRM and none of them could have brought any true change. 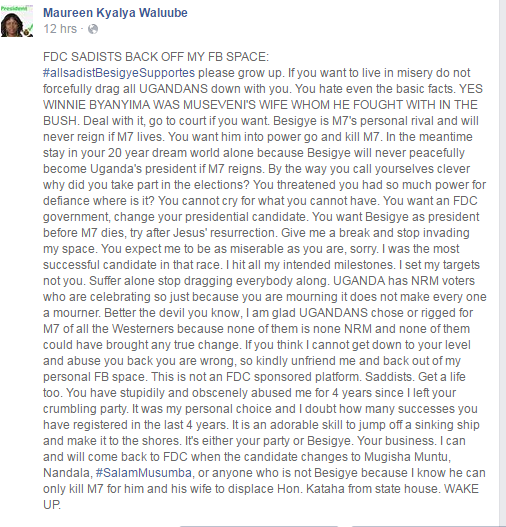 Kyalya, who shortly after nomination claimed she had quit as chief executive for Integrated Development and Support Services job in the UK from which she earned Shs300 million per month, called Besigye supporters miserable saying they were living in a 20-year dream world advising them try to try after Jesus’ resurrection if they wanted the opposition leader to become Uganda’s president.