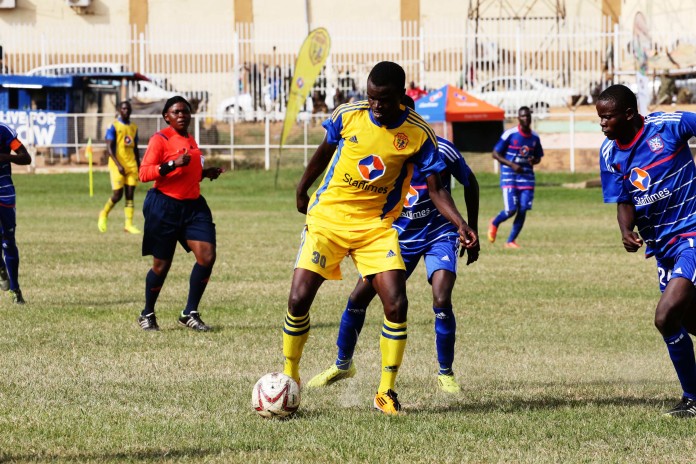 Tuesday night might have been a disappoint for Uganda Cranes left back in-form Joseph Ochaya but he had a chance at Nakivubo Stadium in the StarTimes Uganda Cup to salvage his pride and took it instantaneously.

Ochaya nearly nipped Man of the match from Nigerian football icon Nwankwo Kanu’s pick Jackson Nunda by ontop of attacking SC Villa frequently throughout the 90 minutes, saved KCCA twice from conceding in the dying minutes of the game when he cleared the ball off the line.

Kanu a StarTimes Africa ambassador her on a weeklong visit presented the trophy to captain Denis Okot and thanked the two teams for the good game displayed.