Zimbabwe President Robert Mugabe has already been endorsed by ‘his people’ to contest for the 2018 elections, the nonagenarian has said.

“Two years later is no time but only God knows what will happen in two year’s time, 2018. I don’t know, it will depend. If I am fit enough, yes, but if I am not fit enough I will not. My people will want me to be a candidate and they have already nominated me as a candidate for 2018,” Mugabe was quoted as telling the media during his current visit to Japan.

At the time Mr Mugabe, who celebrated his 92nd birthday in February, will be Africa’s oldest leader aged 94, and will have ruled Zimbabwe for 38 years.

According to Mr Mugabe, as a leader, he has always had the support of the Zimbabweans.

“You just go to Zimbabwe now and ask the people whether I should stand down. They will be angry with you,” Mugabe, who also hinted at stepping down if he is ‘not fit’ in 2018, added.

Meanwhile, despite several denials by rival supporters, reports indicate that a succession battle is currently raging on in the ruling Zimbabwe African National Union-Patriotic Front (ZANU-PF) between Vice President Emerson Mnangagwa and the G40 group allied to the First Lady Grace Mugabe.

And recent reports indicate Mr Mugabe is likely to lend support to his wife Grace, who has been widely touted as a possible successor.

In power since 1980, Mr Mugabe is Africa’s third longest-serving president, coming after Angola’s Jos Eduardo dos Santos (1980) and Equatorial Guinea’s Teodore Obiang Mbasogo (1979). Mr Mugabe became Executive Head of State in 1987, after having served as Prime Minister and Head of Government for 7 years from 1980. 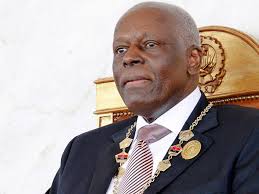