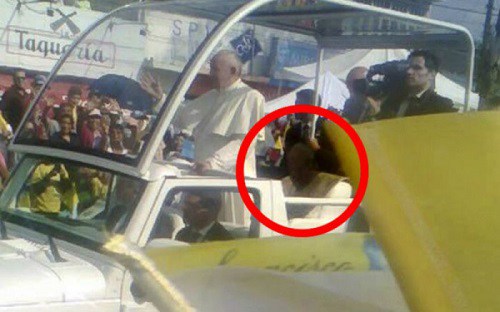 A picture showing the ghost of St. Pope John Paul II sitting in the popemobile just behind the present Pope Francis have gone viral in Mexico following his last Papal pastoral trip to Mexico February this year. This photo has gone really viral in Mexico and is beginning to draw serious attentions from other parts of the world.

But the Vatican took up the matter and looked into the claims of the photo noting how original and unedited the snapshot looked. But it was discovered that the image looking to be sitting behind Pope Francis in the Popemobile ain’t his predecessor, St. Pope John Paul II, but a passing shaped-image of Cardinal Suarez Inda, his face is blurred due to the movement of the photo, and the lighting is making it look like he’s wearing papal clothes. Other angels and a video of the event proved that clearly. Below is another angle of the photo showing clearer the blurred image of Cardinal Suarez Inda 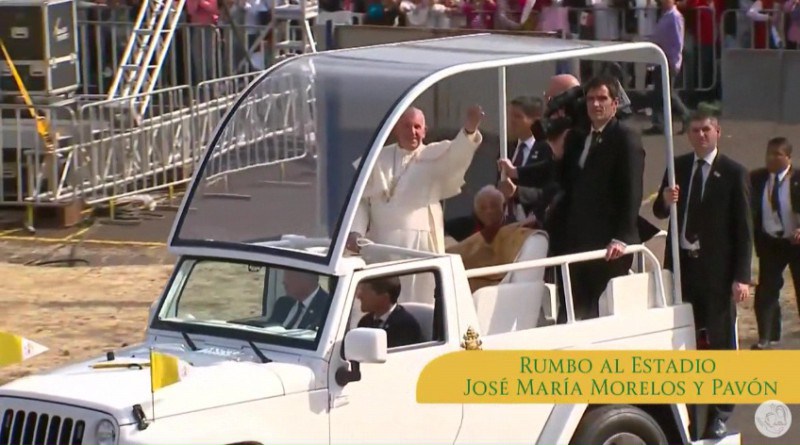