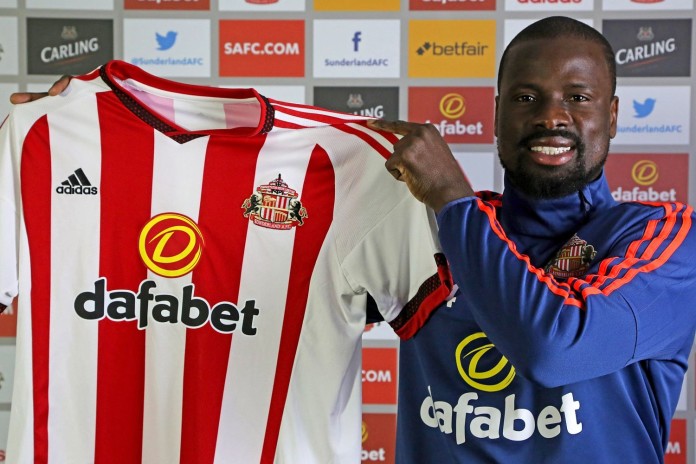 EMMANUEL EBOUE has been banned for one year until he pays money to a former agent.

The Sunderland full-back was handed the punishment by Fifa.

Ex-Arsenal star Eboue was previously hit with a fine for the outstanding payment owed to Sebastien Boisseau.

He had been given 120 days to hand over the cash – but because he missed this, Boisseau requested a one-year ban on the player.

Eboue – who said “the king is back!” upon his arrival at Wearside – has yet to make an appearance for Sunderland after signing earlier this month.

The news comes with Sam Allardyce’s Black Cats two points off safety from the relegation zone.

Sunderland host West Brom at the Stadium of Light this Saturday.